Mokshada Ekadashi 2017: A Guidance To The Point Of Salvation! 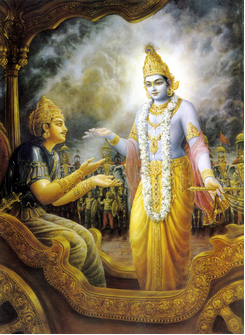 Mokshada Ekadashi is celebrated on the same day of the celebration of Gita Jayanti. This is the day, when Krishna delivered the holy sermon of Bhagavad Gita to Arjuna.

Now, let's take a look when Mokshada Ekadashi will be observed in 2017 according to the Hindu calendar .

Once, King Vaikhanasa ruled the city of Champaknagar. He was very compassionate toward his subjects and treated them as his own children. It is said that his subjects belonged to Vaishnava sect (worshipers of Vishnu).

Once in the night, the king dreamt of his father being tormented in Naraka (hell). This disturbed the king to a great deal and hence, he related this nightmare to Parvata Muni (sage of the mountain). Sage Parvat advised him to observe a Vrat on the Ekadashi of Agrahayana month, in order to free his late father from his past sins. Since then, the fast observed on Ekadashi Tithi of Agrahayana month came to be known as Mokshada Ekadashi. The king was finally able to provide his father, Moksha, after performing severe austerities on the day of Mokshada Ekadashi.

Following are the traditions that are followed in the day of Mokshada Ekadashi:

This Mokshada Ekadashi, invoke the blessings of Vishnu with a pure heart and wash away your past life sins.

AstroSage wishes you all divinity on the day of Mokshada Ekadashi..!