Shattila Ekadashi 2016: A Day That Teaches Importance Of Food 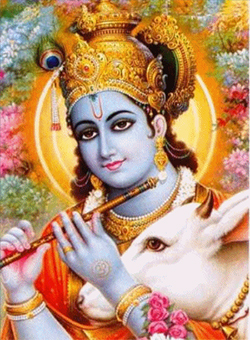 Shattila Ekadashi is one of the most important Ekadashis. According to the Hindu calendar, it is observed every year during the month of Magha or Paush, i.e. in January. The fast of Shattila Ekadasi in 2016 will be observed on February 04.

As per the legend of Shattila Ekadasi, once there was an old lady, who had lots of wealth and money. She used to perform a lot of charity for the poor, in form of offerings like clothes, jewelry, and other precious items. But she never offered them food or grains.

Once, Lord Krishna converted himself in the form of a poor beggar and asked that rich lady for food. On the continuous demand for food, the lady became angry and she put a ball of clay in his pot. Beggar blessed her and left.

When she entered into her house, she saw that every food item is slowly changing into clay. She was having lots of wealth and money, but all was a complete waste because she was not able to eat anything. She was getting weaker and weaker, day by day. Then, she prayed to Lord Krishna for help.

Lord Krishna came into her dreams and reminded her the incident of the beggar. He also told her that by observing the fast of Shattila Ekadasi and offering food to the poor on that day, will help her in removing all her sins.

She observed the fast of Shattila Ekadashi and offered Til and food to the poor, after which everything returned to normal.

Follow these rituals on the day of Shattila Ekadasi in 2016 by using the Til or sesame seeds for acquiring the maximum auspiciousness.

Shattila Ekadashi 2016: Significance Of The Day

Observe the fast of Shattila Ekadashi in 2016 with full faith and devotion to gain immense health, prosperity, and wealth, in every birth. He/she also gains freedom from the cycle of birth & death and attains Moksha. Charity of food, Til, clothes and other items is considered very auspicious, on the day of Shattila Ekadasi. Perform the charity and observe Shattila Ekadashi Vrat in 2016 to get the maximum benefits.

AstroSage wishes you a blessed Shattila Ekadashi in 2016!