The festival of Teej is celebrated to welcome the arrival of clouds and rain, greenery and birds with some activities, rituals and customs. This grand festival is celebrate 4 times in a year. It is mostly observed by the northern and western states of India. Keep on reading this article to know the dates and other dates of teej... 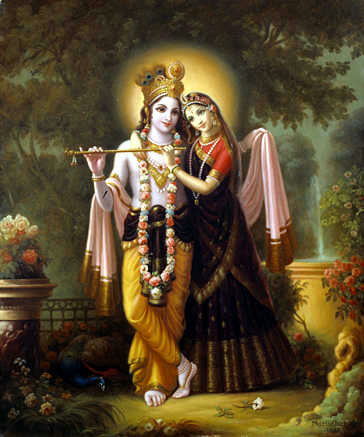 Teej : What Is Teej?

India gives a touch of divinity to the the bond of marriage, where many festivals are celebrated to honor the nuptial knot. Teej festival is approaching and we are here to let you know everything about Teej. Let's start by knowing what actually Teej is.


Above given are the most common names of all four Teej festivals to be celebrated in 2017. We hope that the Teej 2017 dates will help you to consider the festival of Teej meticulously.

Now, let's take a descriptive look at the different forms of Teej.

Following are the various forms of Teej festival that are celebrated in India and around the globe:

Akha Teej : The Celebration Of Auspiciousness

Akha Teej, also known as Akshaya Tritiya, is celebrated on the third day of Shukla Paksha (bright fortnight) during the Hindu month 'Vaisakha'. It is believed that any auspicious task performed on the day of Akha Teej brings positive results.

Teej Vrat is also observed by the devotees on the day of Akha Teej. If Akha Teej falls on a Monday, the fast observed is considered to be extremely auspicious and beneficial for the devotees.

There are certain deeds which disrupt the harmony in a marital bond. Following are some of them:

On Hariyali Teej, a woman takes a pledge of not getting involved in the above mentioned deeds, so that they experience a stable marital life ahead.

Hariyali means 'greenery', as the earth gets renewed after a hot summer in the Sawan month; hence, its name. Now, it's our turn to know about Kajari Teej.

The day of Kajari Teej falls during the third day of Krishna Paksha (dark half) in the Hindu month of Bhadrapad. Kajri means 'the song of separation'. On the day of Kajari Teej, people ride boats and sing Kajari songs. This is considered to be a special occurrence during rainy season.

During Kajari Teej, swings are also hung from trees. A number of food delicacies are prepared at homes. In rural areas, Kajari Teej is popular as Teeja. The day is also known as Buddhi Teej. On this day, cows are also worshiped. Kajari Teej is very popular in Madhya Pradesh and Rajasthan. Married women observe a fast (Teej Vrat) on the day of Kajari Teej.

Kajari Teej is also known as Kajli Teej. On Kajari Teej, rituals are celebrated in a holy manner with Kajari songs.

The day of Hartalika Teej is considered to be very special for women. It is believed that if a woman performs Hartalika Teej Vrat, she is gifted with a husband possessing the qualities of Lord Shiva. Let's know why this day is known as Hartalika Teej.

Hartalika is the amalgamation of two words, 'Harat' and 'Alika', which means abduction by a friend. As on the same day, Goddess Parvati was kidnapped by her friend and taken to a dense forest, hence its name.

As similar to other Teej days, women observe Teej Vrat on this day. The day is devoted to the divine bond of Lord Shiva and Parvati. The day of Hartalika Teej is considered with great devotion by the followers.

Now, as you know the dates for celebrating Teej and the types of Teej to be celebrated in 2017, let's find out that why we should celebrate the festival of Teej.

Teej : Why Should We Celebrate Teej?

Teej is one of the most popular festivals among women in India. Teej carries the significance of a woman's devotion toward her husband, where women observe the day of Teej festival with great severity. Through Teej, women pray for their husbands' well-being. This is the mannerism carried out by us on the day of Teej, but what is the real reason behind Teej celebrations? Let's know the legends of Teej, which initiated such a devoted observance on earth.

According to Hindu mythology, Goddess Parvati admired Lord Shiva and longed to marry him. Since, Lord Shiva is considered to be the divine symbol of maledom, Parvati had to prove herself to be the ideal wife for Shiva. To prove her devotion towards the Lord, Parvati observed a rigorous fast for 108 years, before she was accepted by Shiva as his wife.

As per ancient scriptures, Parvati was finally granted the boon to be Lord Shiva's wife in her 108th birth, that considered the long penance underwent by Parvati over many births.

How To Celebrate Teej Festival?

Teej is a festival, which is exclusively observed by Indian women. On the day of Teej, married women are gifted Shringara by their parents. Shringar is a gift pack, which includes Mehndi, vermillion, bangles, Ghewar (Rajasthani sweet), and Lahariya (multi-colored Saree). These items signify a woman's marital status. During Teej festival, fairs are also conducted. Above all these preparations, the thing that has soon become a Teej synonym is the 'swing'. On Teej, swings are hung from trees, or even placed at the courtyards of houses. Women add more color to the palette of vibrancy by enjoying swing rides and hence, the day is spent singing and dancing. Teej Vrat is performed by women on the day of Teej festival.

Teej is celebrated in many parts of the country, including Rajasthan, Hyderabad, Haryana, etc. But, do you know that Teej is also observed across the Indian boundaries? Let's take a look at the celebrations of Teej in different parts of the country and abroad. 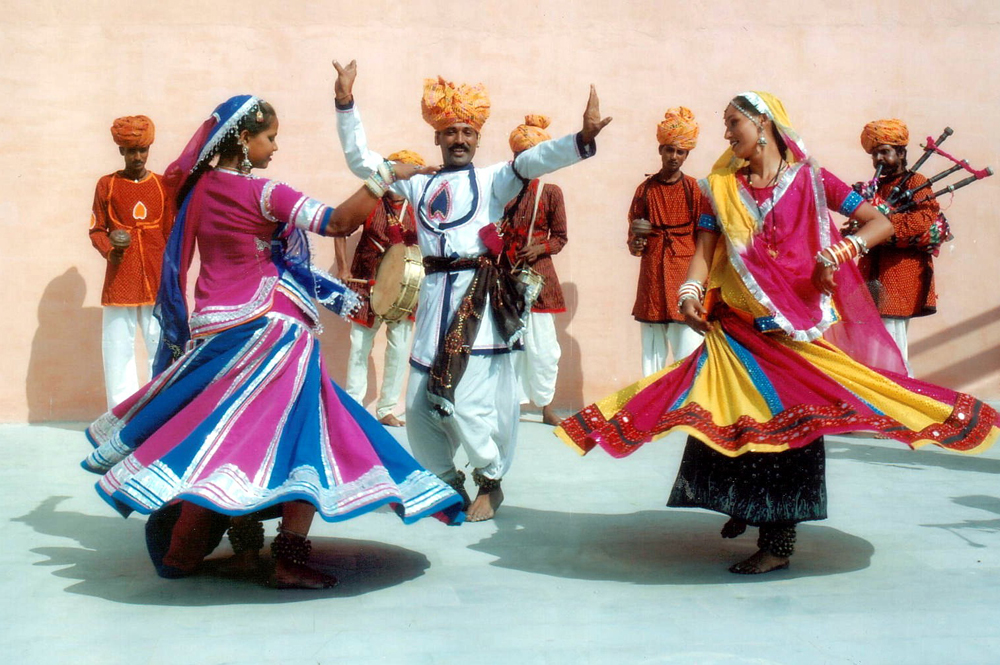 Teej is celebrated in Rajasthan in a royal fashion. Processions of Teej Mata (Parvati) are taken to streets, where Parvati is carried on a royal palanquin. The festival is observed for two consecutive days in the state

Swings are hung, and women spent their days in great enjoyment. Ghevar (oriental Rajasthani sweet dish) is a famous preparation during the Teej festival. 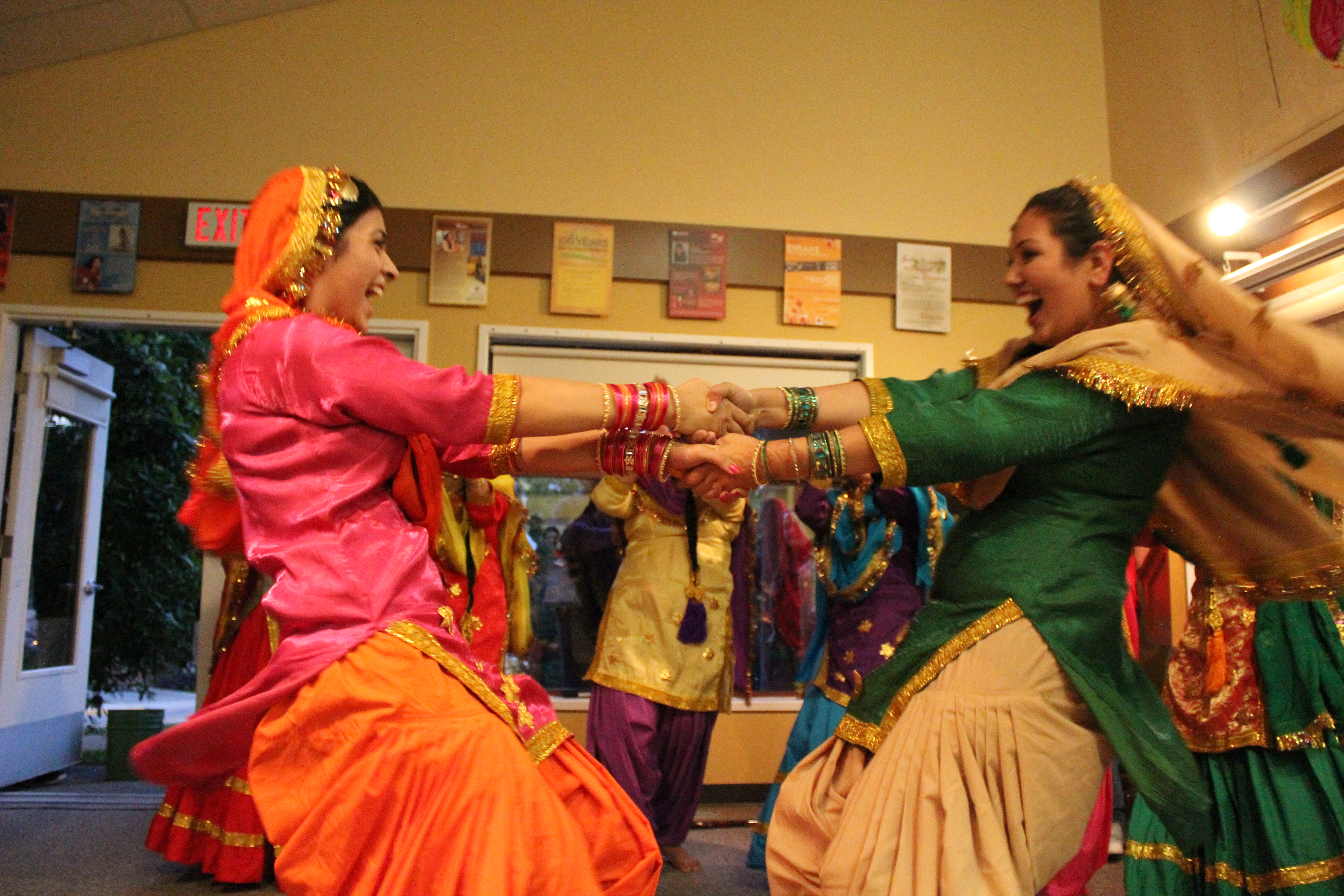 In Punjab, Teej is celebrated as Teeyan. In this state, women gather together to perform Giddha (a traditional Punjabi dance), which adds more gusto to the Punjabi flavor of Teej festival.

Married women receive gifts from their parents on the day of Teej. The festival of Teej adorns the state of Punjab with vibrant colors and everyone gets draped in the colorful mood. Women also enjoy their day, swinging in the nature's lap. 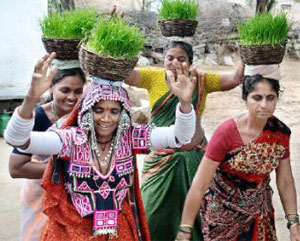 Teej festival is celebrated in the state of Andhra Pradesh by the Banjara (nomads) tribe. Here, Teej is celebrated for over a week. Day 1 begins with unmarried girls putting wheat in a small bamboo basket.

On the 7th day of sowing, Teej festival is celebrated in Andhra Pradesh. All the bamboo baskets are thereby taken in procession, and immersed in the ponds. 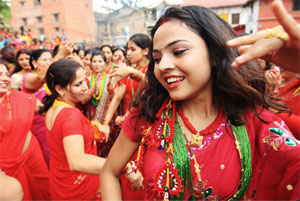 The festival of Tay or Teej is celebrated with great zeal in Nepal. It is like a very major festival there. Nepali Teej is famous all around. The first day of Nepali Teej is known as 'Dar Khane Din'. On this day, people from Bahun and Chhetri sects assemble at one place and participate in singing and dancing. Nepali Teej continues for three days, and the final rituals end with the purification of human souls. Women also observe a Nirjala Teej Vrat (abstaining from water) for 24-hours. On the third and last day of Nepali Teej, married women are absolved from their sins.

Follow Teej and offer more devotion to Lord Shiva and Goddess Parvati. Your wish will surely be granted by the deities. Let Teej bring the fulfilment of utter desires and wishes in your life.