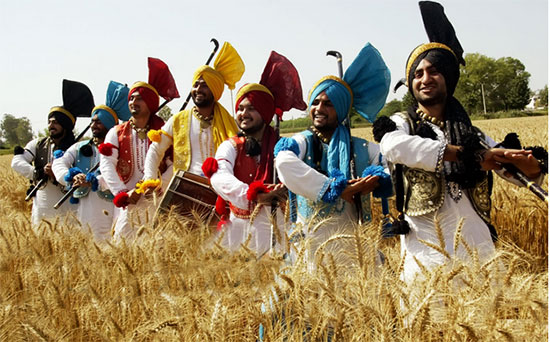 Baisakhi is celebrated as Sikhs New Year as per the Hindu Solar Calendar. This day will be marked on 14th of April in 2017. It is known to be the most important day for Sikhs, as on this day only, Khalsa was established. For farmers, it is a thanksgiving festival. They thank God for providing them a good harvest. Let's read further to know more details.

Baisakhi is a harvest festival, which is celebrated every year on 13 - 14 April. Vaisakhi is also considered as the commemoration of brotherhood in Sikhism (Khalsa). In the year 1699, the tenth guru, Guru Gobind Singh, decided to break off the practice of Sikh Gurus. He proclaimed the Granth Sahib, which is the holy scripture of Sikhism, to be treated as the everlasting Guru of the Sikhs. After that, the tenth guru came up with the order of Khalsa Panth by means of choosing five courageous leaders of his followers, who were ready to sacrifice their lives to save the people.

Baisakhi : How The Festival Of Baisakhi Is Celebrated?

Baisakhi, the harvest festival is celebrated by feasting, tradition dancing, enjoying fairs, and folk music. The entire surrounding of the Golden Temple, which is located in Amritsar, seems like a carnival. The Melas (Baisakhi fairs) are organized in the entire state of Punjab. On the day of Baisakhi, localites get dressed traditionally and celebrate this special day by dancing and singing.

Baisakhi fairs include a number of adventurous activities such as acrobatics, races, dance performances, and wrestling bouts. A huge count of stalls are also formed up there, so that the visitors can enjoy purchasing amazing handicrafts, trinkets, together with the mouth watering food and a lot more surprises.

As now you know a lot about Baisakhi, don't miss the Vaisakhi celebrations and be an active part of it. 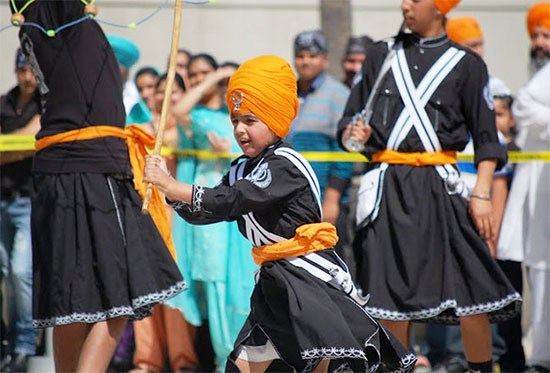 In the morning hours, the devotees pay a visit to Gurdwara (religious place in Sikhism) for being a part of the special prayers offered to the Almighty. On the event of Baisakhi, most of the people prefer to visit Gurudwara Anandpur Sahib (situated in Anandpur, Punjab) or Golden Temple (Amritsar, Punjab).

This is so because the Khalsa Panth is pronounced here. On the day of this harvest festival, the holy scripture of Sikhism (Granth Sahib) is placed on a Takht (Throne or ceremonial chair) and read. After getting done with the prayers and related rituals, Kada Prasad (holy food), which is prepared with flour, sugar and butter is distributed among all the devotees.

During midday, Granth Sahib is taken out for Nagar Kirtan (religious parade). In this religious parade, the devotees offer prayers to the Almighty by dancing and singing religious hymns. All the Sikh devotees also take part in Seva (help) by means of performing the day to day chores of the Gurdwara. In Sikhism, helping others is considered as the traditional representation of humanity.

Indeed, these rituals are the pure symbol of humanity. Don't miss the sight of Baisakhi celebrations.

Baisakhi : Celebrations Around The Globe 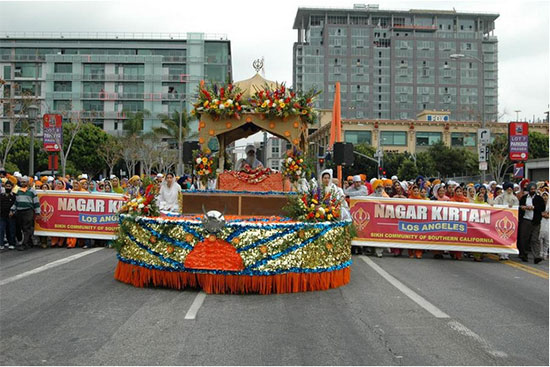 Even the farmers in Uttar Pradesh, Haryana and Punjab commemorate the harvest festival named Baisakhi, with a lot of happiness and fervor. For a number of people, the festival of Vaisakhi symbolizes the time for harvesting the Rabi crops.

This is a duration when the farmers have to work really hard. The festival of Baisakhi brings along the time when the entire community gathers up to celebrate the end of a triumphant agricultural time of the year.

People clean-up their dwellings and decorate the entire house with garlands made out of mango leaves in combination with the marigold flowers. The devotees also offer prayers for bringing more prosperity and a happy future.

Baisakhi is celebrated all around the globe by Sikh diaspora. Be the part of this grand fiesta this Vaisakhi. 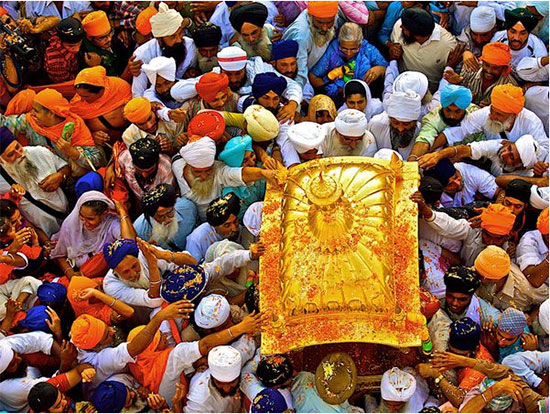 As now you know so much about Baisakhi, there is one more thing that is of most importance for you. It is the significance of Baisakhi. So, let's know the importance, before celebrating Vaisakhi.

The much awaited event of Vaisakhi is considered as a very important occasion in India for various reasons. With the exception of it being a significant harvest fiesta for the farmers, this day is exceptionally important in the Sikh religion, as this day is connected with the establishment of Khalsa Panth.

The propitious day of Vaisakhi is commemorated in the entire nation under different titles and formal procedures. Baisakhi is observed by the name of 'Naba Barsha' in Bengal, 'Rongali Bihu' in Assam, 'Puthandu' in Tamil Nadu, 'Vaisakha' in Bihar and 'Pooram Vishu' in Kerala. The occasion of this harvest festival is really important for all the Hindus, as on this day in 1875, Swami Dayanand Saraswati established the 'Arya Samaj'. This is a transformed cult of Hindus, who are dedicatedly loyal to the Vedas for divine supervision and have completely abandoned the idol worship.

Adding more to this point, the occasion of Baisakhi is of importance for the people who belong to Buddhist religion, as Gautam Buddha achieved enlightenment on this fortunate day.

The festival of Vaisakhi signifies the time for yielding of Rabi crops. Therefore, the auspicious day is celebrated with extreme joy and eagerness in the entire nation. In particular, the event of Vaisakhi is observed in Punjab, as here, agriculture is the major livelihood of the people.

For celebrating the occasion of Baisakhi, all the people wear dressy and perform the wonderful traditional dance such as Bhangra & Gidda. The farmers in Punjab commemorate the day of Baisakhi by feasting together. On the very next day of Vaisakhi, they all get back to their pleasurable job of harvesting.

Baisakhi does not just belong to the Sikh community, it has a special significance in other religions and regions too. It doesn't matter who you are and from where you belong to. Just join the hap mob of Baisakhi and have fun!

Baisakhi : The Unique Identity Of Khalsa

This work is the complete submission of one's entire life to the Seva (service) of the God (Akal Purakh). For decades after the foundation of Sikh religion, the first male baby of all the Hindu families in Punjab was ordered to be brought up as a Sikh.

So, this was the story of Vaisakhi and the origin of Khalsa. As now you know quite much about this glorious festival, be an active part of Baisakhi. Stay tuned to AstroSage for more such interesting stuff. Your feedback will be highly appreciated.