A great astrologer of South India, Shree KS Krishnamurti developed a special method of Constellation base horoscope and giving predictions, known as Krishnamurti Astrology System. Though this method is based on the primary principle of Indian Astrology, i.e., Narayani Astrology, Ayanamsa is separately incorporated into it. The Ayanamsa of the Krishna System is less than the Ayanamsa of the Chitra Paksha by six Kalas and five Vikas. 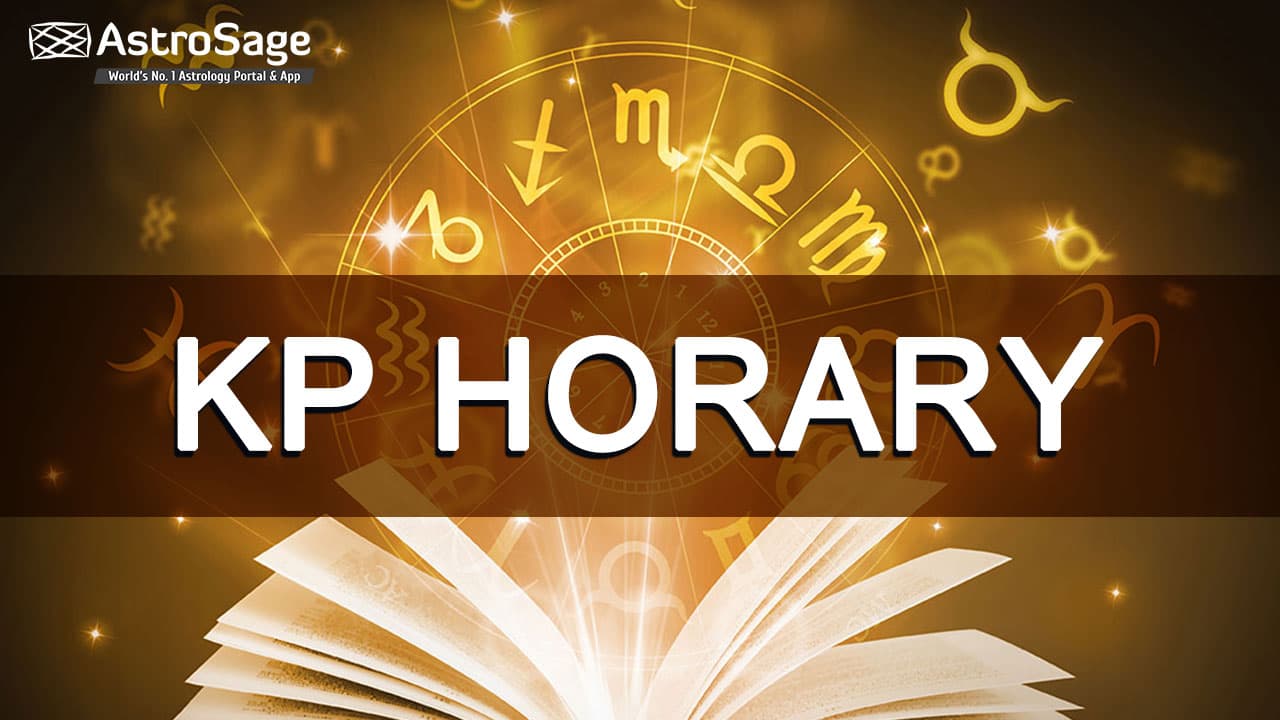 The Lagna (ascendant) mathematics is done by adopting the Sampatik time method, and the Niryan counting of the 6th house is done using the Universal Table. After counting the 6 houses, add 6 degrees to the above 6 houses after counting the remaining 6 houses. It will give all 12 houses. In this method, the zodiac circle is divided into 3 ways parts of 360 degrees. Each part will be 120 degrees and consist of 4 zodiac signs- Aries to Cancer in the first, Leo to Scorpio in the second, and Sagittarius to Pisces in the third.

The Vishontari Dasha order consists of the Dasha of Ketu, Venus, Sun, Moon, Mars, Rahu, Jupiter, and Saturn. It follows the Navagraha Nakshatra. The expansion of the constellations is divided into 9 parts known as Upa or Sub in the Krishnamurti Astrology System. The expansion of the Upa or Sub is based on the time of Vishontari Dasha of the planet.

In the KP Horary System, the director of a house is of utmost importance. The director becomes stronger as per the sequence shown below.

The planet on Number 1 is the most powerful, while that on Number 5 is the weakest.

The ruling planets also have special significance in the Krishnamurti System because the questions of any person can be answered through it by creating a Prashna Kundali.

In the Krishnamurti Astrology System, when Dasha, Antardasha, Pratyantar Dasha form a relationship with the houses, and when the planet Antardahsa Nath becomes the director planet of that respective house, then only that planet becomes capable of providing results. Sometimes 4, 5, or even more planets form a conjunction in a house. At such a time, the astrologer gets confused as to which planet to consider. Krishnamurti conducted research on the ruling planets, which is astounding. Whenever a person is curious to know their future events, all the answers are hidden in the questions. They go to an astrologer and ask him questions. The planets present in the sky during questioning become powerful in providing or not providing results. These planets are known as ruling planets and give fruits to a native.

Shree Krishnamurti has considered the ruling planet as shown below.

In this way, it becomes easy to answer the questions of a native by preparing the Prashna Kundali and on the bases of ruling planets.

Krishnamurti has adopted another method for Prashna Kundali in which numbers between 1 and 249 are given and the person who wants to ask a question is asked to pick one number among these. Based on this number, a Kundali is prepared. In this way, the horoscope of every person for a particular time changes.

When a native is unaware of the accurate time as per their birth chart, and they want to make corrections in the time, then too, ruling planets are considered, which is known as Birth Time Rectification.

In this way, the chart is prepared based on the ruling planet and the number chosen by the native between 1 and 249 answers all the questions of a person. Through this method, it is noted that despite being unsure of your birth and related information, accurate answers can be attained by making a Prashna Kundali, and on the basis of respective houses, constellations, Sub-Lords, and comparing the ruling planets.

This is the miraculous benefit of KP Horary, by which all the questions of a native are answered quickly, and for this, the entire astrological world will be in debt to Shree Krishnamurti.