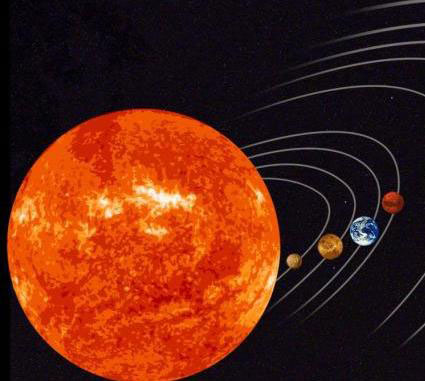 Maharishi Parashar is considered as "Father of Vimshottari Dasha". He gave 42 Dasha systems, but this system is one of the best dasha system. Dasha means a period of time, which is ruled by a certain planet. This method is based on Moon Nakshatra. The prophecy of this method is considered accurate. It is also known as "Mahadasha".

In South India, astrologers are also using Ashtavatra method instead of vichitri, but this Dasha is popular among astrologers in order to judge the result and timing of results.

It is most widely used dasha in astrology. A specific time period is allocated to all 9 planets in this method. There is a full cycle of 120 years for Mahadashas of all the nine planets. This cycle has been divided into 9 parts and every part is governed by certain planet in Astrology.

It clearly indicates that the average age of a person goes down to 50 percent in present era. That is the reason, a person is unable to experience the effects of Mahadashas of all planets and ends up with his life. With regards to that, there is another method defined in Vedic Astrology, named as Antardasha, Pratyantar Dasha etc, which are usually known as "Sub Dasha", "Sub Sub Dasha" etc. If we divide Antardasha into 9 parts, it is known as Pratyantar Dasha. The order of sub division of Dasha system is as follows:

These periods are sub parts of Main Mahadasha. You can experience all planetary Antardashas in your lifetime. The life event can also be judged through these Dasha Systems. During your Mahadasha period, you will experience the effects of all planets antardasha one by one based on its astrological order. The logic for further division of Mahadasha is same as Main Mahadasha. We have described below the order for your better understanding.

How to calculate Vimshottari Dasha or Mahadasha

A special method is introduced in Vedic Astrology to determine the period of Mahadasha. According to this rule, 3 nakshatras are allocated to each and every planet, hence the number of Nakshatras becomes 27, distributed among 9 planets. Mahadasha of planet is based on the placement of moon in certain Nakshatra. The Nakshatra Lord will decide the Mahadasha of certain planet at the time of birth.

Planets with their fixed number of years in Vimshottari Cycle

The order of vimshottari dasha has been described above. For example, if a person born in Krittika Nakshatra, that means Moon is placed in Krittika Nakshatra in his birth Chart , he will get the balance Mahadasha of Planet Sun first, followed by Moon, Mars, Rahu and so on. After Sun, there will be Moon Dasha, It can not be Ketu or Venus or any other planet's dasha.

Vimshottari Dasha and Its Results

We need to also check the strength of Lagna as well as benefic planet, the reason being, it will decide the full and partial results of particular planet. If it is afflicted then the full results during the Mahadasha of particular benefic planet won't be experienced. If it is placed well in horoscope , it will bless a person with all kinds of comforts especially during the Mahadasha.

While analysing to a birth chart, a first thought, came into mind, is that the person's life would be influenced much by the Main Mahadasha Lord or a person would be experiencing the results of Antardasha Lord upto maximum extent. Hence in this situation, it is assumed that which planet would have the maximum strength in Kundali, will be the most effective and influencing much during the Mahadasha of certain planet. The result will be based on the stronger planet. If Mahadasha planet is strong, then it will force to Antardasha planet to give results accordingly or if Antardasha planet is strong, will influence Mahadasha planet to give results accordingly.

Therefore, Vimshottari Dasha is a period of time which influences human life in a positive or negative way depending upon the stronger lordships of certain Mahadasha Planet. It plays very prominent role in Vedic Astrology due to its accuracy for predicting the time for happening of certain event.