Are you trapped amidst problems? Do you repent doing a sin? Don't worry; we have brought you each and every detail about Ekadashi 2017 that will definitely lead you to attain a blissful life ahead and your sins will smoothly get washed away. Read on... 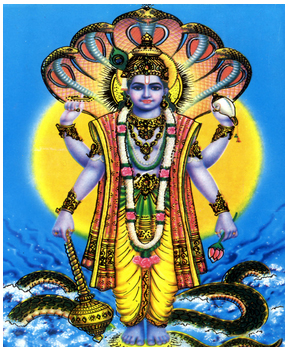 The word Ekadashi has been derived from Sanskrit language where Ekadashi means the 'eleventh day' of the Hindu calendar . Ekadashi occurs twice in a month. Hence, all in all there are 24 Ekadashis in a year. Ekadashi is observed once in Shukla Paksha ( the period of the waxing Moon ) and also, in the Krishna Paksha (t he period of the waning Moon) each month in a year.

Before proceeding with more details about Ekadashi Vrat, let's first know the types of Ekadashis that will be observed by the devotees during this year, in 2017.

Calendar of the Ekadashi Dates in 2017

Below mentioned are the Ekadashi Vrat dates in 2017:

Ekadashi : Ekadashi In Its Varied Forms

Ekadashi 2017 dates are with you now. You can click on above mentioned link of the Ekadashis' in order to know more about the rituals and its significance of a particular Ekadashi Vrat.

As Ekadashi is observed twice in a month, below mentioned are the different types of Ekadashi as per the Vaisnava and Gregorian calendars, respectively.

Now, we hope that you have become aware of the varied forms of Ekadashis celebrated in a year, let's know, when they will be celebrated in 2017.

Moving on, let's take a look as to why the 11th day of the Hindu calendar is known as Ekadashi and who are its legends.

According to Hindu mythology, when Lord Vishnu was in Yoga Nidra (sound sleep), Murdanava, demon challenged him to get indulged in a war. In response to this, a damsel got incarnated from Lord Vishnu's eleventh sense (Ekadash Indris). Murdanav got attracted to damsel and longed to marry her.

On knowing Murdanava's intention, the damsel placed a condition that he will have to fight with her in order to marry her. He agreed on it very proudly thinking he would win over her easily. In the fight, the damsel defeated Murdanava and killed him. Lord Vishnu, on knowing about this event, was extremely happy and pleased by the damsel. He granted her a boon that she would be known as Ekadashi. He further announced that devotees of Lord Vishnu would observe a fast on the day in remembrance of that event. Since then, Ekadashi came into being.

Before observing Ekadashi Vrat, you need to know the rituals of this day. Read on these rituals:

Let's now take a look at the section that describes about food delicacies for the days of Ekadashi.

Some of the food items which should be and should not be consumed on the day of Ekadashi Vrat are listed below:

Some of the benefits of Ekadashi Vrat are as follows:

Observance of Ekadashi will keep you protected throughout your life. Observing a fast is one's personal outlook. Almighty only wants a true, faithful and a honest devotee who has complete faith and devotion towards his Lord. Hence, one must only honor the Lord if he/she has a true, devout heart.

Hopefully, with the help of this article, you will be able to observe Ekadashi with full trust, devotion, belief and dedication.