Kumbh Mela 2016: Fair That Ends The Cycle Of Rebirth!

Here, AstroSage presents the dates for Kumbh Mela in 2016. It is worth considering that a holy dip in the Godavari can free you from the cycle of rebirth. Want to attain such a salvation during the holy gathering of Kumbh Mela? Read the article to know more... 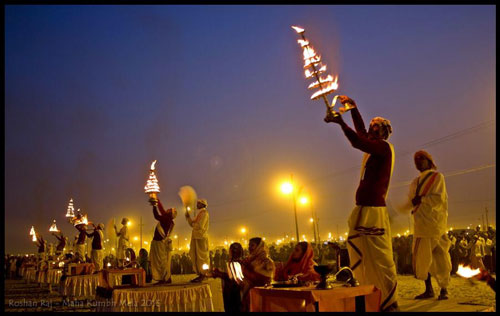 Gatherings in India take place for various purposes, as they range from politics to entertainment. But, what about a peaceful gathering? India exhibits a gathering which is not only peaceful, but also spiritual in its approach. Let's take a look at the Kumbh Mela, where masses gather with varied purposes, but a single aim. People gather at Kumbh Mela to purify their souls.

Before proceeding forward, let's take a look at the bathing dates for Kumbh Mela in 2016.

The dates of the next Kumbh Mela of 2016 have now been officially announced by the religious sects namely the Akhil Bharatiya Akhada Parishad or the ABAP.

Now, let's take a look at the dates for bathing at Kumbha Mela in 2016.

We hope that the dates for bathing at Kumbh Mela in 2016 will help you to choose the accurate day to purify your souls. But, what is the significance of the water of Godavari, that bathes away a body's intoxications? Let's know more about Kumbh Mela - where a spiritual proceeding takes place.

During Kumbha mela or Sinhastha Mela in 2016, devotees take holy dip in the Godavari river. According to early Hindu texts, it is believed to be the beginning point of universe. The month of Sinhastha is also significant, as it is considered to be the period when the existence of universe came into being. It is highly claimed, that the Kumbh Mela frees oneself from the cycle of rebirth. This is the reason, that each year millions of people gather here to wash away their sins.

But, what is the actual reason that makes Kumbha Mela significant? Let's take a look at why should gather in masses, for nothing more than a dip at the Kumbh Mela in 2016?

Kumbh means 'pot'. It refers to the pot of Amrit (elixir), that emerged out from Kshira Sagar (ocean of milk). This legend dates back to the era when Hindu mythological evidences were at its peak, and Devas (gods) and Asuras (demons) resided on earth. According to religious texts, Devas had lost their majestic abilities due to the cursed by Durvasa Muni. In order to regain their powers, they approached Lord Brahma and Lord Shiva, but directed the Asuras to Lord Vishnu.

Brahma advised them the method to regain their powers. Devas were suggested to churn the ocean, Kshira Sagar and receive the Amrit. Since, the task was tough, the gods went up for an agreement with Asuras, and they agreed to share the pot of immortality equally with the demons.

Ultimately, Lord Vishnu disguised himself as the beautiful lady, Mohini, and flew away with the elixir pot. While flying, drops from the pot or Kumbh fell down to four places, Allahabad, Haridwar, Ujjain and Nashik. Thus, Kumbh Mela is organized every twelve years at these four places.

This was about the legend of Kumbh Mela in 2016, now, let's take a look at how Kumbh Mela or Sinhastha Mela will be observed in 2016. 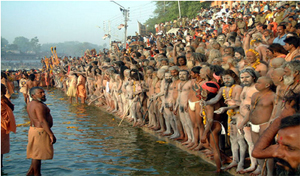 The major ritual to be held in Kumbh Mela in 2016, is bathing at Godavari. People begin their proceedings by taking holy dips in the holy river, and in 2016, Kumbh Mela is scheduled to take place organized at Nashik. Naga Sanyasis (holy men), and poor families are fed and welcomed in religious assemblies.

You must be already aware that Kumbh Mela is also known as 'Lost and Found fair', where people tend to get lost amidst a large crowd. Now, let's take a look at the arrangements made in Kumbh Mela that facilitates a safe visit in 2016.

Kumbh Mela 2016: Kumbh Mela Is Safer Than It Sounds!

Following are the arrangements made in Kumbha Mela that ensures a safer visit:

Kumbh Mela is the place where salvation comes up after a holy dip in Godavari. But, does everyone attains Moksha? The first, and foremost thing needed to attain the godly virtue of salvation is to be true and pure at heart. Let's purify our souls this Kumbh Mela in 2016, and get a step closer to touch the lord's feet.

AstroSage wishes you all, a happy, endearing journey to Nashik. Have a virtuous Kumbh Mela in 2016!