Ramzan - The Most Favorite Month of the Year 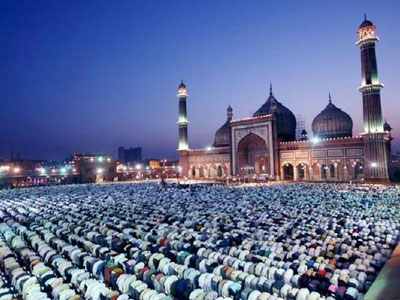 Ramzan is considered to be the month of fasting and sacrifice observed by Muslims around the whole world. The word ‘Ramadan’ has its roots in the Arabic word ‘Ramiḍa’ or ‘Ar-Ramaḍ’ meaning ‘sun-baked ground’ and ‘parched thirst’. It’s celebration takes place during the ninth month of the Islamic calendar. In this time period, Muslims fast from sunrise to sundown to honor Mohammad and acquire self-control. All-in-all, this is the time when Muslims purify their inner souls and focus on self-reticence and discipline.

Laylatul Qadr: The Night of Power

It is believed that the first verse of the Quran was sent on the night of Laylatul Qadr. This Islamic festival is considered to be pious as all the good deeds which took place in this one night are better than those performed over a thousand years. The festival of Eid al-Fitr is also celebrated at the end of the month. The fasting isn't just about food—it also includes the abstinence of any liquids, smoking, and other inappropriate activities. Renouncing food and drinks in the name of Allah helps them to gain iman and also brings them closer to their lord, Allah.

Getting Rid of Bad Habits

The festival of Ramzan is the celebration of self-control and helps you lead a healthy life. It not only allows you to purify your soul but also the physical body. Also, on account of this Muslim festival, a person gets to spend more time with the needy people, and understand their real sufferings. Hence, Muslims are encouraged to fast with faith and devotion and cleanse their body, mind and soul with kindness and generosity.

Zakat Al-Fitr: The Month of Rewards

The charity given at the end of the Islamic holy month of Ramzan is known as Zakat Al-Fitr. It is said that through this act of benevolence, greed gets eliminated from the hearts of the believers. Every Muslim who has food in excess quantity must pay Zakat Al-Fitr(Fitrana). In addition to this, some Muslims prefer giving the Zakat during this month as the rewards for practicing good deeds. The head of the household can also pay Zakat to their children, servants and any other needy relatives.

Iftar: The Month of Feast

From sunrise to sunset, Muslims fast the whole day but during iftar, they dine their tables with lavish food and savouries. The entire family sits together to break the fast, which makes it even more special. Through this act of togetherness, their bond remains intact and the relationship among the family members flourishes with each passing day.

Azaan: A Prayer to Allah

People belonging to the Muslim religion are reminded of the namaz(Salat) by the daily calls to prayer, known as azaan, adhan or athan. The adhan (azaan) is delivered by a muezzin at the prescribed times of the day. During the azaan, the muezzin recites the Takbir and the Kalimah.

It is compulsory to perform ablution (Wudu) before going for a prayer. This can be done by washing the hands, feet, arms, and legs. It is similar to the Chinese Reflex-Therapy that helps to stimulate blood circulation, relax the nervous system and reduce stress, tension, and anxiety. Once the Wudu is done, you are ready to go and offer prayers to Allah.

The Five Pillars of Islam

During the month of Ramzan, a morning meal, Suhur is eaten before the Fajr prayer to match the evening meal of Iftar. It is highly important to recite the Quran during the fasting days of Ramzan. Hence, non muslim people are expected to respect the sentiments of fasting Muslims and maintain the sanctity of Ramzan. Given below are the Namaz prayers which are recited five times all throughout the day and night:

AstroSage wishing you a ‘Happy Ramzan’. Let’s spread peace, love and happiness around the whole world.