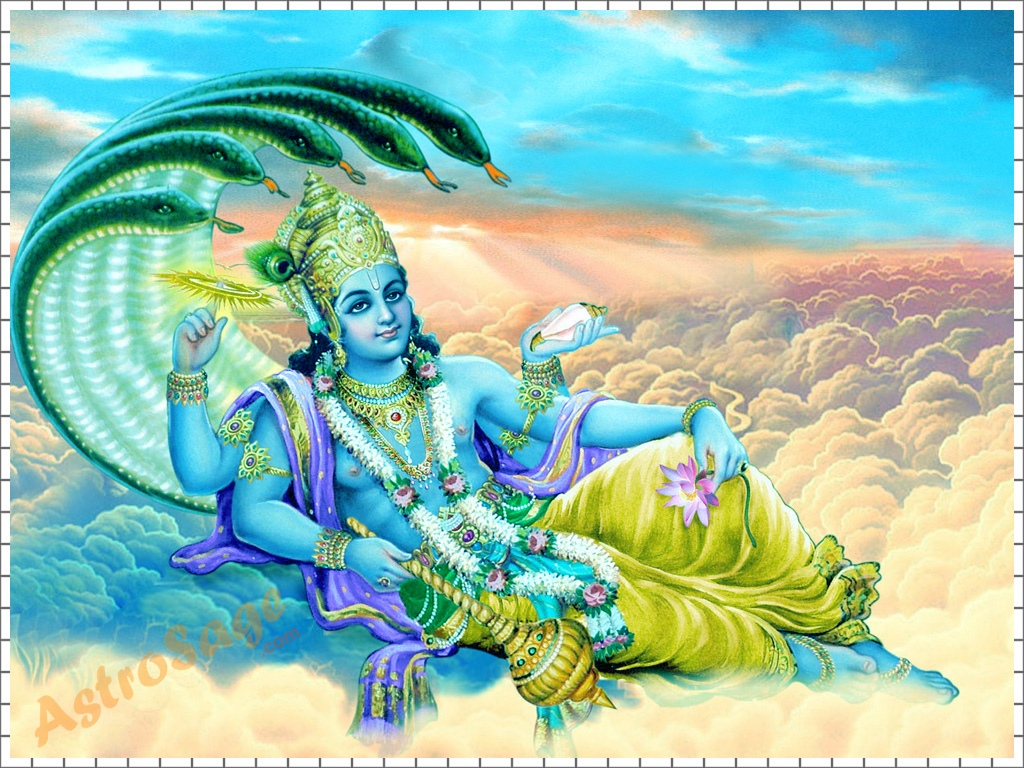 One should recite the mantra before commencing any auspicious task. Chant Mangalam Bhagwan Vishnu Mantra mantra on all auspicious rituals like Marriage, Puja, Aarti, etc. This mantra is also known as Mangalacharan and is recited at the beginning of any pooja or ritual performed to honor, appease, invoke, and worship the Hindu deity, Lord Vishnu.

We all are aware of the religious importance of chanting the mantras before commencing any auspicious ritual. As stated above, not a single religious ceremony could be initiated without the recitation of divine Mantras. This could be because mantra are said to be the best source to invoke your almighty God. It is the best way to communicate your problems and seek his blessings for a wonderful life, get rid of previous sins, attain salvation and much more. As per Vedic astrology, mantras were recited for praying the Hindu Gods for the commencement of a particular task like marriage, childbirth, improve sour relationship, cure for an illness, beginning of an auspicious ceremony without any hindrance and so on. In other words, divine mantras were recited to overcome the problems and obstacles of people’s life.

Even in the present scenario, mantras are recited for accomplishing various tasks in one’s life without any obstacle or problem. Mantra like Ganesha Mantra, Hanuman Mantra, etc are chanted to appease the Hindu Gods, seek their blessings and reduce the malefic effects of planets in one’s life. Similarly, there are other mantras to appease Hindu Lords and to have their blessings for successfully accomplishing a new task. There are a myriad of mantras, which are recited to appease Hindu deities. For example, Mangalam Bhagwan Vishnu Mantra is traditionally chanted before beginning any auspicious ritual. This mantra holds the power of Lord Vishnu to remove all problems and obstacles and attains spiritual awakening, unlimited good luck, prosperity and success.

Lord Vishnu, also known as Narayan, is one of the tridevas and preserver of the whole universe. He is a resident of Vaikunth Lok and one of the most famous deities in Hindu religion. He is usually depicted as he is lying on the snake named as Sheshnag in the milk ocean known as Kshir Sagar. He has four hands, in the left hand he holds padma ( Lotus flower) and in right hand, he holds Kaumodaki gada (mace). On his upper left hand, he holds Panchajanya shankha (conch), and in his upper right hand, he holds Sudarshana Chakra. He is worshipped in every home while performing any auspicious ritual. Mangalam Bhagwan Vishnu mantra are chanted to overcome the obstacles coming in our lives. Devotees chant Vishnu Mantras to get the blessings of Lord Vishnu. It is believed that reciting the Vishnu Mantra on a regular basis helps to draw in good luck and fortune to your door. Most importantly, reciting the Mangalam Bhagwan Vishnu Mantra helps to make your karma stronger and gain retention from the sins of previous birth.

As per Hinduism, the meaning of Lord Vishnu is “All-Pervading”. From being the protector of the world to finally becoming the restorer of moral order, Lord Vishnu is merciful, peaceful, and compassionate. He is the Supreme Lord to all the devotees. Thursday is considered to be an auspicious day to worship Lord Vishnu. Yaska, a critic and commentator on the Vedas, in his Nirukta, describes God Vishnu as ”one who enters everywhere: Vishnu vishateh” and ”Vishnu is free from bonds and bondages: yad vishito bhavati tad vishnurbhavati”.

Lord Vishnu is widely known for his ten incarnations, who took birth on Earth when there is chaos going on in the world. The stories of Lord Rama and Lord Krishna are being told in the Epics and Puranas. Those who are not aware, but they are the most popular avatars of God Vishnu. Lord Vishnu, who is also known as Hari, has an important mention in the Vedas with his connection with Light, or his association with the Lord Sun. He was the devoted husband of Goddess Lakshmi and is seen with the four arms indicate his all-omnipresent and all-powerful nature.

From bringing in abundant good luck and fortune to finally gaining spiritual awakening, the Bhagwan Mangalam Vishnu Mantra recitation is everything you need to perform while starting any new project, new relationships or new innings to a wonderful life.

Along with chanting the Mangalam Bhagwan Vishnu Mantra, devotees recite these mantras to seek the blessings of Lord Vishnu. There are a handful of Lord Vishnu Mantras that are very popular to overcome problems and obstacles in one’s life.

Hence, one should chant the Mangalam Bhagwan Vishnu Mantra in order to attain the blessings of Narayan, Lord Vishnu.