Durga Puja 2017 dates are: September 26 to September 30. The holy time duration of Durga Puja, which comes under Sharad Navratri, is the very crucial time for the people of West Bengal. On this festival, Goddess Durga is worshipped and on the day of Vijayadashami, the idol is immersed in the natural water body. Durga Puja is celebrated to memorialize the victory of good over evil. This year, Durga Puja will once again change the sight of Bengal. Read on... 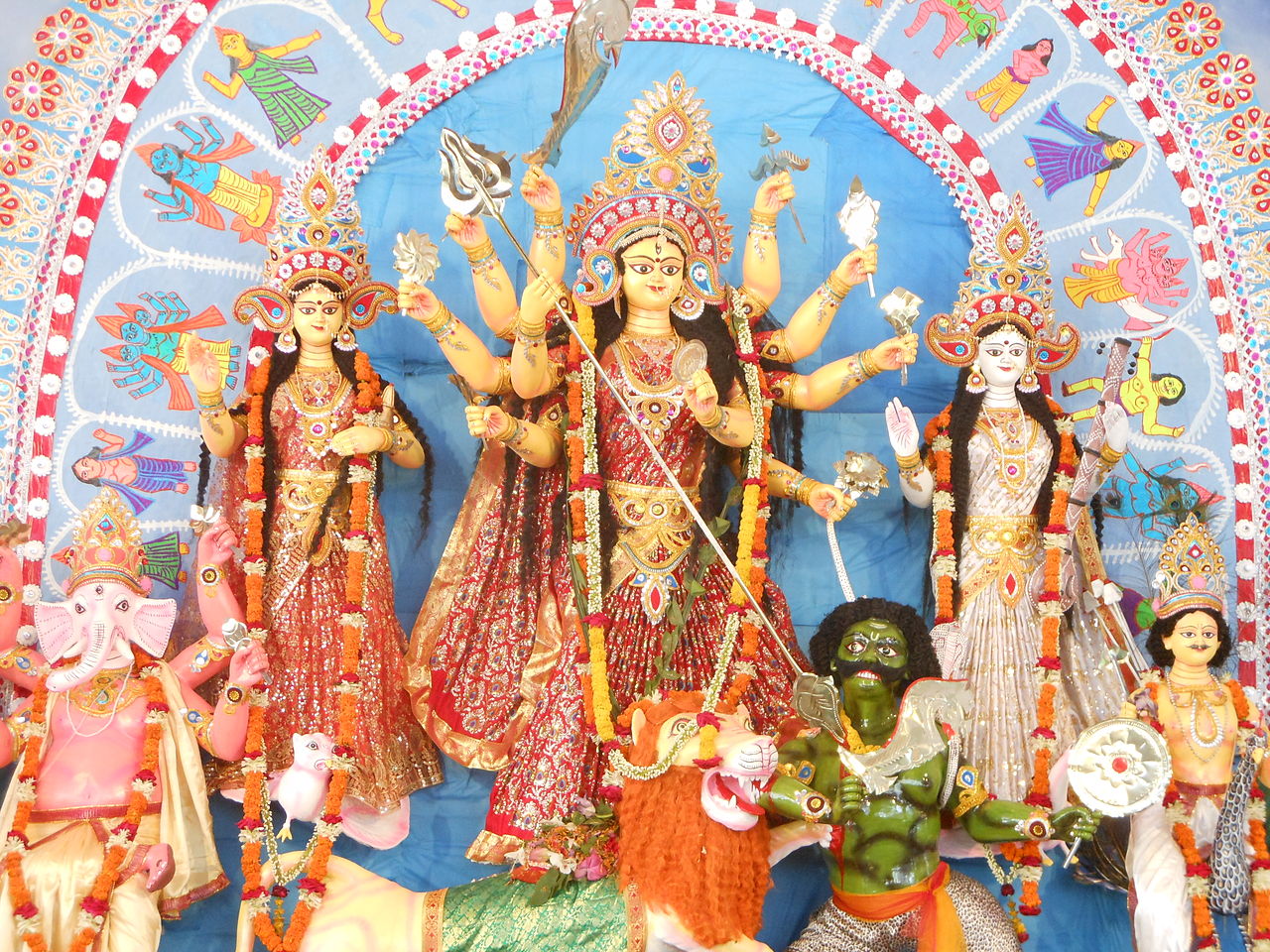 What Is Durga Puja?

Goddess Durga is the epitome of women power and motherhood. Durga Puja is the time when we worship Goddess Durga as the power which created the universe, Maa Durga is taking care as a protector and if annoyed, becomes the destructor. Durga Puja is celebrated across the country, but the real celebrations can be witnessed in Bengal, specially in Kolkata. Durga Puja will witness the celebration throughout the country, but especially in Kolkata.

We, at AstroSage, will make sure that you have the complete information about the festival and what you all should look forward to the coming Durga Puja festival.

Maa Durga is also worshiped as Nav Durga during the time of Durga Puja. The duration and exact dates of Durga Puja are decided as per the Hindu Calendar. Several rituals are performed during the ten spiritual days of celebrations. But the last five days - Maha Shashthi, Maha Saptami, Maha Ashtami, Maha Navami, and Vijayadashami are the days that are celebrated with a lot of enthusiasm, zeal and festivity across the country, especially in Kolkata and also around the globe.

Before the event of Durga Puja, another important day as per the Hindu mythology exists. This day is known as Mahalaya. On this day, Maa Durga is invited to come home that is planet earth.

Durga Puja is the time when we witness the celebration in an extraordinary form. The festival of Durga Puja marks the reunion of the people from all over the country. Before we all celebrate Durga Puja, let's tell you what you should look forward to the coming Durga Puja.

How To Celebrate Durga Puja?

Maa Durga is also worshiped as Nav Durga during the time of Durga Puja. The duration and exact dates of Durga Puja are decided as per the Hindu Calendar. Several rituals are performed during the ten spiritual days of celebrations.

What Is The Meaning Of Durga

One of the forms of Goddess Parvati is Maa Durga, the Lion Goddess who acts as a protector. The word Durga has its origin from the Sanskrit language where Durga means a place or a fort which cannot be overrun. Another meaning of word Durga is "Durgatinashini," which can be translated as "the one who eliminates sufferings". Goddess Durga is believed to be the protector of the universe and her devotees. Maa Durga's blessings remove all miseries and evils around us.

This Durga Puja, we would all pray to Maa Durga to shower her blessings and be the protector from all the wrongs, injustice and evils around.

Every year, Durga Puja is celebrated with a lot of enthusiasm and joy in the various parts of the country; specially in Kolkata, Bengal. Hindus in Bengal celebrate the festival of Durga Puja as Sharadotsav or Sharadiya Durga Puja (the autumn festival). On the other hand, the nine forms of the Goddess are worshiped in the Northern part of India as Navratri. The festivity of Durga Puja can be witnessed before the stipulated dates. The idols of Goddess Durga are prepared by various artists well in advance as the celebration is on large scale.

AstroSage brings you the complete information about Goddess Durga's depiction in this form so that when you pray to Goddess Durga you know what is the real significance of each and every thing which Maa Durga is having and message it holds for her devotees.