Read the astrological effects of Venus Transit in various zodiac signs and its impact on your business, career, education, love and family life. 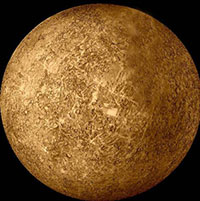 The period of Venus Transit lasts for about 23 days, i.e. it remains in one zodiac for 23 days and then transits into another house. Venus Transit provides different results in different aspects and affects the physical, social and marital life of a person.

Importance of Venus in Vedic Astrology

Venus is considered as the sister planet to Earth. Regarded as the 2nd planet from Sun, Venus is just a little smaller than Earth. It is often referred to as twin planet. Venus takes about 225 Earth days to make one revolution around the Sun. The planet has volcanoes and is extremely hot in range of 450°C.

Venus is called Shukr in Hindi. The day, Shukrawar or Friday is named after the planet Venus. In French it is called Vendredi; in Italian - Venerdi; in German – Freitag; in Spanish – Viernes. As per astrology, color of Venus is white. Through telescope, Venus appears yellowish-brown-white. Venus is feminine in nature. The gemstone representing this planet is diamond. Venus rules over Taurus and Libra in the Zodiac and 2nd and 7th House of astrology. Venus is often referred to as the Goddess of Love.

The Result of Venus Transit