Lunar Eclipse in 2016: The First of its kind 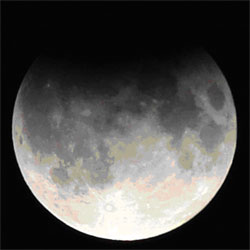 The year 2016 will be witnessing its 1st Lunar eclipse on the 23rd of March, 2016. This eclipse will be enchanting. It will be the second eclipse of the year and is the Penumbral Lunar eclipse. that the world is about to witness. It will last for merely 4 hours and 2 minutes.

A glorious sight to behold!!!

What is Lunar Eclipse or Chandra Grahan?

While witnessing this Chandra Grahan in 2016, we should also understand this phenomenon. The most prudent question here is : What is Lunar Eclipse? Amidst the starry night, as the Earth majestically passes between the Moon and the Sun, its shadow obscures the moon or a fragment of it. This is called Lunar Eclipse. Both the Lunar and Solar Eclipse have, since time immemorial, been observed, researched upon and studied. The reason behind such occurrence has been mythologically and scientifically approved.

Lunar Eclipse is known as Chandra Grahan in Hindi and Ketu Grahan as in Hinduism. More than anyone else, the Indian astrologers have put in a great deal of research and observation to this natural phenomenon. There are interesting legends associated with Lunar eclipse. 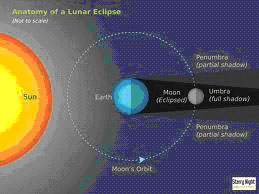 The Lunar Eclipse is an extraordinary spectacle to behold. 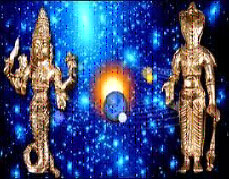 Lunar Eclipse in 2016 gives us a chance to recall some of the legends associated with it. There are many mythologies that revolve around Lunar Eclipse. One of the most famous Legends that is often talked about is that of Rahu, the demon.

Many centuries ago, the Gods and demons were engaged in war. Finally Lord Vishnu stepped in and persuaded the rivals to establish temporary peace so that the mighty ocean could be convulsed and both devas and the asuras could benefit from what the ocean had to offer. As a result of this convulsion, the first to come out was venom, which was voluntarily sucked by Lord Shiva. Then Surabhi, Kaustubha, Parijata, Lakshmi, the Moon, and Varuni emerged. Dhanvanatari, the originator of Medicine, appeared last of all, with a pot of amritam, the nectar. The demons stealthily scraped with the pot. Enraged by their deceitful act, Lord Vishnu, transformed himself into Mohini, a beautiful woman. Enraptured by her beauty, the demons offered the pot to her, so that she would distribute the nectar among them. Naturally, Mohini gave the nectar to the gods. One of the demons understood the trick and sat in line with the Gods, in disguise. But before he could swallow the nectar, the Sun and Moon detected his masquerade and complained to Lord Vishnu. In his rage, Lord Vishnu chopped off Rahu's head. As he had already consumed the nectar, he did not die but continued to live a partial life. Since then he has held his grudge against the Sun and the Moon. According to the Legend, every once a while, Rahu gobbles up the sun or the moon and that is why we witness Solar and Lunar Eclipse. As Rahu is bodiless he cannot hold them for long, hence they come out safely after a while. This is the reason why the temples are closed during Lunar Eclipse. Rahu is the name given to the head and Ketu is the headless torso.

Scientific Background & Relevance of the Myths of Lunar Eclipse 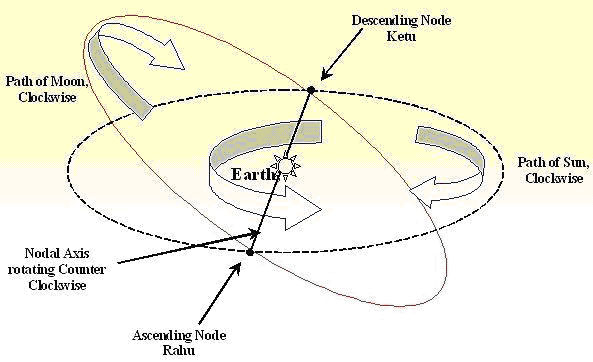 Rahu and Ketu are positions of Mathematical calculations. Therefore they are sometimes called invisible or shadow planets. Recent developments in Science has shown that Rahu and Ketu are the last two of the nine planets or grahas.

In astronomy they are the ascending and descending nodes of the moon.

Precautions to be taken during Lunar Eclipse 2016

Lunar eclipse is considered inauspicious as it has many old myths attached to it. But our astrologers have done extensive research and discovered that indeed sinister times are best avoided with prevention.

Lunar Eclipse were a cause of great fear in the past and even today, can create a feeling of extremes - excitement and fruition when some of your plans fall into place; disappointment when life falls short of dreams. But Lunar eclipse can also offer powerful effect on meditations and affirmations, which would of course help you purify your thoughts and actions.

So enjoy the wonders of nature while you can and take heed where possible.