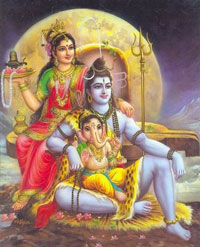 Ganesh Chaturthi 2017 date is 25th August. Ganesh Chaturthi is a Hindu festival celebrated as the birthday of Lord Ganesha, son of Lord Shiva and Goddess Parvati. People believe that on this day Lord Ganesha bestows his blessings on the people living on Earth. Ganesha Chaturthi is celebrated with immense enthusiasm by the people of Maharashtra. It is a big event or festival in that region. However, apart from Maharashtra, the festival is celebrated in other regions of India too with great joy and fervor.

When is Ganesha Chaturthi in 2017?

Along with Maharashtra, the festival of Ganesha Chaturthi is celebrated in Goa, Andhra Pradesh, Karnataka, Orissa and Chhattisgarh.

While celebrating Ganesh Chaturthi, it is a good idea to know the legend behind it. Traditional stories state that Lord Ganesha was created by Goddess Parvati, spouse of Lord Shiva. Lord Ganesha was created out of the Sandalwood paste that Goddess Parvati used for her bath and breathed life into that idol or figure. Then Ganesha was set to stand at the door as a guard while Goddess went to bathe. Lord Shiva then came back and asked to enter. Ganesha and Lord Shiva were unknown to each other, therefore Ganesha did not allow Lord Shiva to enter. Lord Shiva was enraged and asked his followers to teach that child a good lesson. However, Lord Ganesha was born out of Goddess Parvati and was himself very powerful. Goddess Parvati was the embodiment of Shakti, the supreme power that made Lord Ganesha powerful too. Lord Ganesha defeated the followers (known as Gana's) and made a declaration that nobody was allowed to enter while his mother was bathing. The sage of heaven, Narada, along with Saptarshi (the seven wise sages or rishis) went to calm down the boy, after they sensed the increasing tumult. However, they returned empty handed. The King of Gods, Indra was angry too and attacked the boy with his full army of heaven, but even they failed to defeat Ganpati.

Up till then, the issue had become a subject of self-importance for Goddess Parvati and Shiva. After the Devas were defeated, Brahma, Vishnu and Mahesh jointly launched an attack over Ganesha. In between the fight, Lord Shiva detached the head of Ganesh. This made Devi Parvati furious and she then revealed her true self, the Adi Shakti, the prime energy or the supreme energy that fuels the entire universe and upholds matter. She took her terrible form and vowed to destroy the universe where her son Ganesha was killed. The Gods faced down before her and Lord Shiva promised that her son will be alive again. The trinity (Brahma, Vishnu and Mahesh) hunted for a head and came across a mother elephant crying for her deceased baby. The Gods comforted the mother elephant and fastened the head of baby elephant and placed it as Ganesha's head. Lord Shiva also declared that this day onward, the boy would be called as "Ganesha", Gana+Isha, meaning the Lord of Ganas. In this manner, Lord Ganesha came to be portrayed as elephant-headed God.

The celebrations of Ganesh Chaturthi start two-three months before the actual festival. Magnificent idols of Lord Ganesha are prepared by skilled artisans. These idols are carefully crafted and colored and depict Lord Ganesh in various marvelous poses. People also install these idols in their homes. The Pandals are erected and decorated by the monetary contribution of people. Garlands, flowers and lights are used to decorate Pandals. The rituals for Pranpratishtha are also made that are followed by Shodashopachara (16 ways of paying tribute). Jaggery, coconut, 21 modaks, 21 durva and red flowers are offered to the Lord.

Ganesh Chaturthi songs are also sung on ganesh chaturthi in order to please the god.

Lord Ganesha is worshipped for 10 days. On the eleventh day the statue is taken through the streets in a procession and in which people accompany it buy dancing, singing and playing with colors. The idol is taken to a sea or huge water body and immerse in it with full rituals and traditions. The immersion is seen as a set off for God to the mountains of Kailash. The Lord is believed to take away all the misfortunes and miseries of his devotees. This ritual of immersing the idol of Ganesha in to sea is known as Ganesha Visarjan.