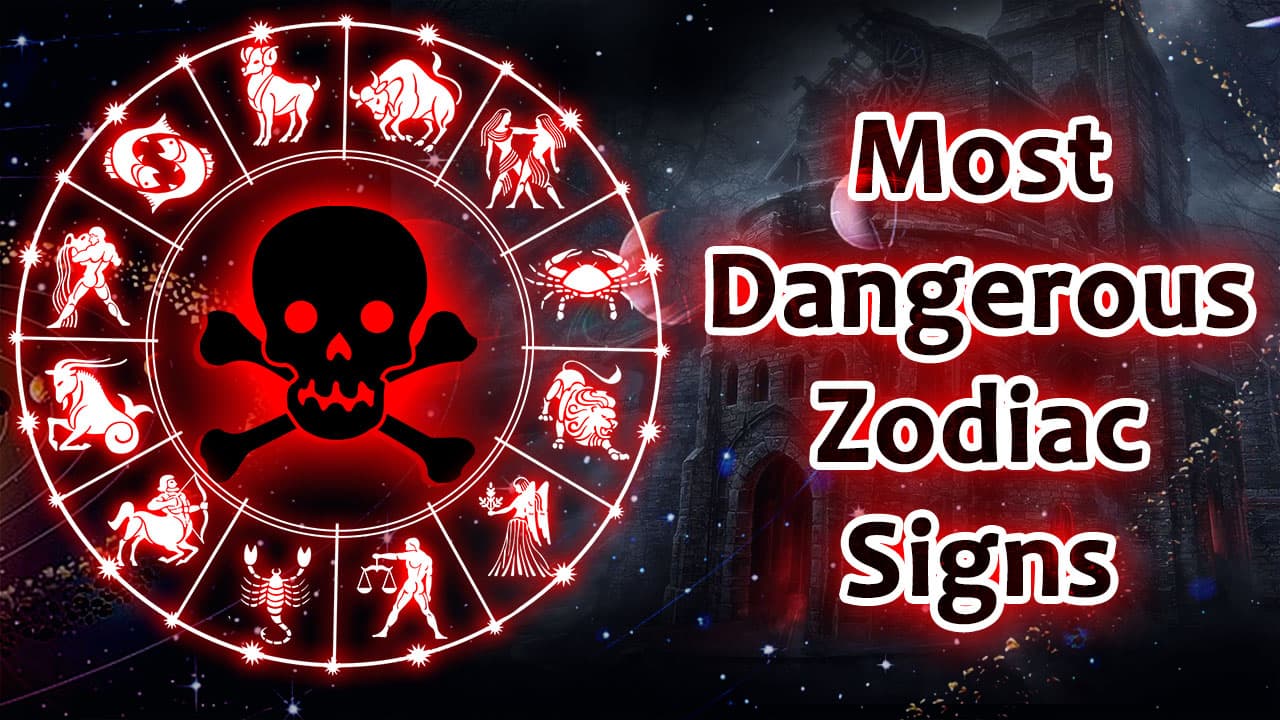 Each zodiac sign is different and each has its own way of communicating its thoughts and feelings. But certain Zodiacs have very little tolerance and even small objects get mad. Sometimes they are so dangerous that no one can stop them from committing a crime when they are angry. Let’s read further to find the most dangerous zodiac signs and may also understand the ruling force of each of them.

You could be one of the most violent offenders if your zodiac sign is cancer. Libra is the most criminal in contrast with other signs and Gemini also indulge in fraud crimes.

Yeah, you understood it correctly. This is not a work of fiction, but an independent study by a psychic group to correlate crime with data. Though this survey has not been conducted by FBI. The FBI openly stated that all information of this nature was freely available on their web site, a search of which returned content related only to investigations relating to the Zodiac killer and files that included the brand name “Zodiac.”

So as far as personality traits and astrology go hand in hand. We think it is time to see astrology in a broader sense.

A study indicates that the person's zodiac sign is directly related to the type of crime likely to occur. In order to find the zodiac sign of many serial murderers, the data from the FBI website was analysed by an independent group of people. They matched the criminals date of birth and gave out their verdict.

The dark side of zodiacs are less talked about. But we all are able to harm ourselves and others too. This data of most to least dangerous signs has been documented based on the arrest numbers of criminals. This data is openly available on fbi.gov. Do not be surprised to find yours.

Guess it is time to layoff Scorpios for being the dark zodiac!!

In another detailed study about the types of crimes, it was found that-

The elements of Zodiac Signs

The four elements are based on a fusion of the basic elements of traditional Greeks, who believed that all matter was material. The purest form of these elements was impossible and believed that they did not reside on earth; rather, the mixture of the atmosphere is what we see on earth. We all know now that there are more components than them, but that they fit the four states of matter which modern science accepts: solid , liquid, gas and plasma. These elements are assigned to different features that fit the astrology purpose.

The signs have always been divided into 4 categories: Fire, Water , Earth and Air.

Criminally speaking, let us see what we can infer.

Aries, Leo and Sagittarius belong to this category. The element fire desires freedom of action, the power to follow their will.

Among the three, Sagittarius is the most criminalised and the hardest to prosecute. Aries is typically the most armed, but Leo is also dangerous.

Air signs: Gemini, Libra and Aquarius belong to the air element. Like Fire air also desires freedom but the freedom of thought, expression and movement.

Libra is well designed and highly unsafe in general relative to other air traffic signs. Gemini, on the other hand, are often involved in fraud crimes, while Aquarius usually perpetrates revenge crimes.

Often these types of offenders are prosecuted. Taurus is the best and also the most dangerous. Virgo is normally heavily armed, although the criminal record of Capricorn has some of it.

Water Signs: Cancer, Scorpio, Pisces are all Water Signs. Like Earth these signs also desire security but they desire emotional security rather than physical.

Surprising enough, of all the signs of the zodiac, Cancer has the overwhelming majority of criminals, and Scorpio and Pisces closely match it in numbers.

As much as we like to understand people, the elemental core helps us decode a plethora of traits about a person. So even if you are looking for the most dangerous signs or most intense zodiac signs, the understanding of elements in character study is always helpful. Let your element be an intuitive guide to you.