Cricket is a popular game, not only in India but all across the world. But in India, this sport holds special significance. Be it an ODI Match, IPl Match, World Cup, or even a test match, cricket lovers don’t miss it. People are glued to their TV screens throughout the cricket season, and the atmosphere is nothing less than a festival. People laugh, cry, rejoice, and mourn; all emotions within a single match of cricket. And when this match is played between India and Pakistan, the excitement increases manifold. However, the matches with other teams bring just the same excitement for every cricket lover. 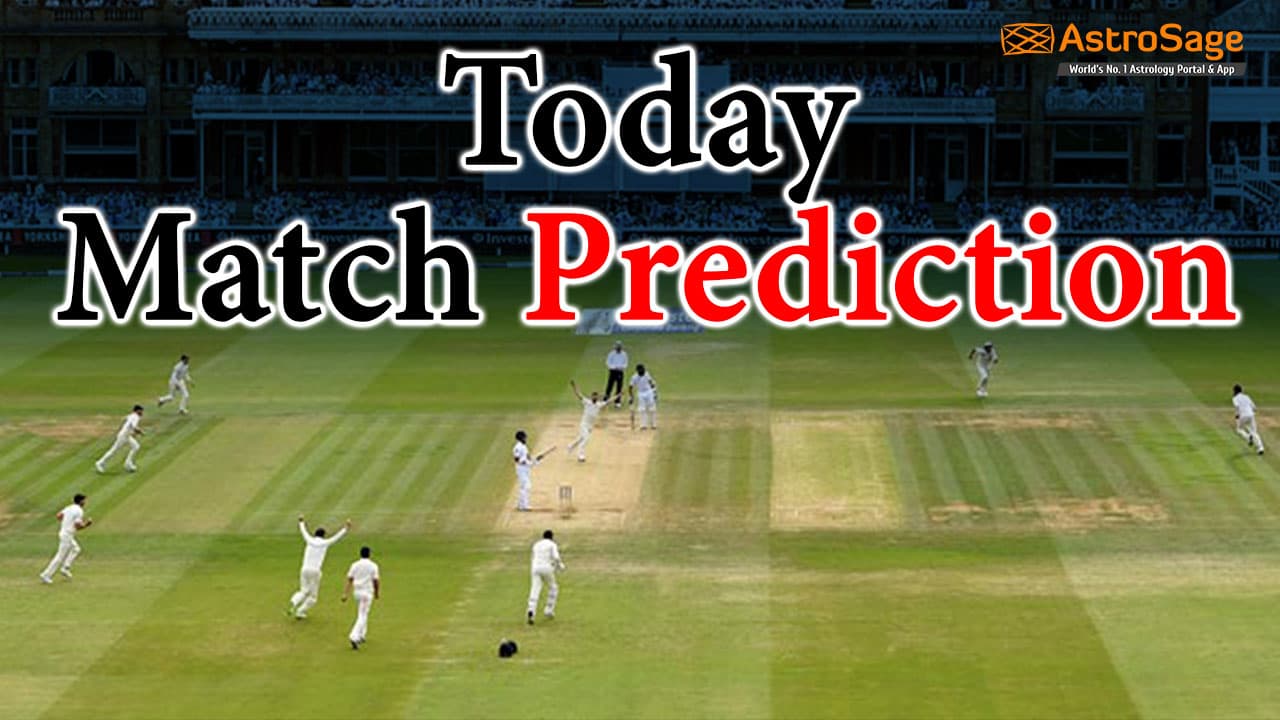 People are always curious about the winning team in every match for various reasons. So, AstroSage has come up with this page, which encompasses match predictions of the ongoing matches. What is today match prediction? Find out!

Disclaimer: We would like to add that this cricket information and analysis is provided for astrological, academic, and research purposes only and doesn’t support any kind of illegal or immoral activities such as betting. Kindly do not carry out such activities and stay true to the law.

Today, Cricket is regarded as the second most popular sport in the world after soccer. In India, despite the national sport being Hockey, people thoroughly enjoy watching and playing Cricket. But did you know that Cricket began in South-East England in the late 16th century? Yes, that’s right. Cricket has been the national sport of England since the 18th century. It started to gain recognition on a global level around the 19th and 20th centuries. It wasn’t until 1844 that the international cricket matches were played.

We hope you found this information useful. Thank you for being an important part of AstroSage!