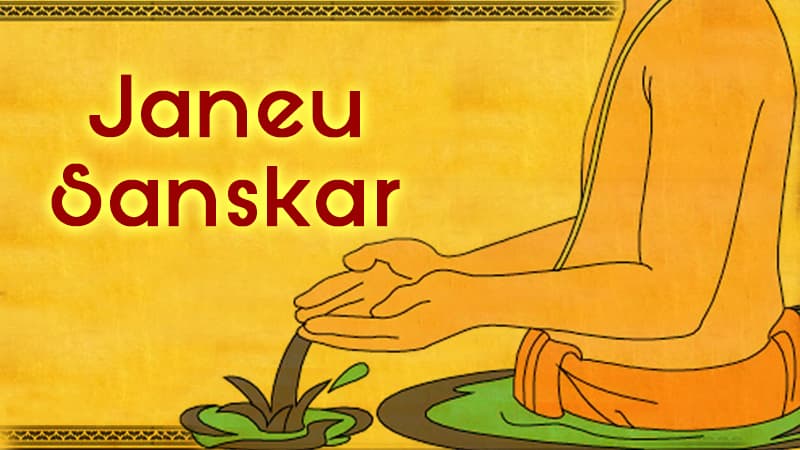 Upanayana Sanskar, also known as Janeu Sanskar and Yajyopaveet Sanskar, is one of the major rites in Hinduism. It is important to calculate auspicious Janeu Muhurat 2021 in order to conduct Upanayana Ceremony without any disruption. Another objective remains that the child must attain the blessings of all goddesses and family members during the Janeu Ceremony in 2021 conducted in an auspicious muhurat for a nurturing future. So let us go ahead and know more about the auspicious Upanayana Ceremony in 2021, rituals and detailed information.

The Janeu Sanskar in 2021 is considered one of the most prominent rites among sixteen rites in Hinduism. A Janeu is prepared with three while-coloured threads, said to be sacred in nature and worn from the left shoulder to the right side. In Sanatan Dharma, it is called Upanayana Sanskar, in which Upanayana signifies a direct connection with God. There, in Sanskrit, this rite is called Yagyopaveet Sanskar. This is made of two words: Yagya + Upaveet. It mainly signifies that the native has acquired the rights to perform Yagya-Havan, as performing such rituals, gaining education or starting a business with Janeu Sanskar is considered meaningless.

According to the scriptures, it is believed that by performing the Janeu Sanskar with proper rituals, all the Doshas and sins performed by the child in his/her former life get eliminated. This is why it is said that it is only through this Sanskar that the child attains a second birth. During the mythological period, the child was allowed to seek education only after Janeu Sanskar.

Things To Keep In Mind During Upanayana Ceremony in 2021

Mantra To Chant When Adorning Janeu

In the scriptures, adorning a Janeu is considered similar to attaining education. This is why a special mantra is chanted when Janeu is worn during the Upanayana Ceremony:

Do You Have Riches Like Ambani In Your Future? Order Your Raj Yoga Report Now!

In order to obtain the best results when performing any task, an auspicious muhurat is usually calculated in Hinduism. Similarly, Upanayana Sanskar in 2021 is also performed during an auspicious Upanayana Muhurat muhurat, on an auspicious date, day and yoga.

By the way, this auspicious time is calculated with the help of an expert after estimating the birth chart of the child. However, several other factors are taken into consideration when analysing the kundli and calculating an auspicious Upanayana Sanskar Muhurat:

According to the scriptures, Janeu Sanskar 2021 holds religious, scientific and astrological importance. So let us now know in detail:

We hope you have liked our article on Upanayana Muhurat 2021. Thank you for being an important part of AstroSage.