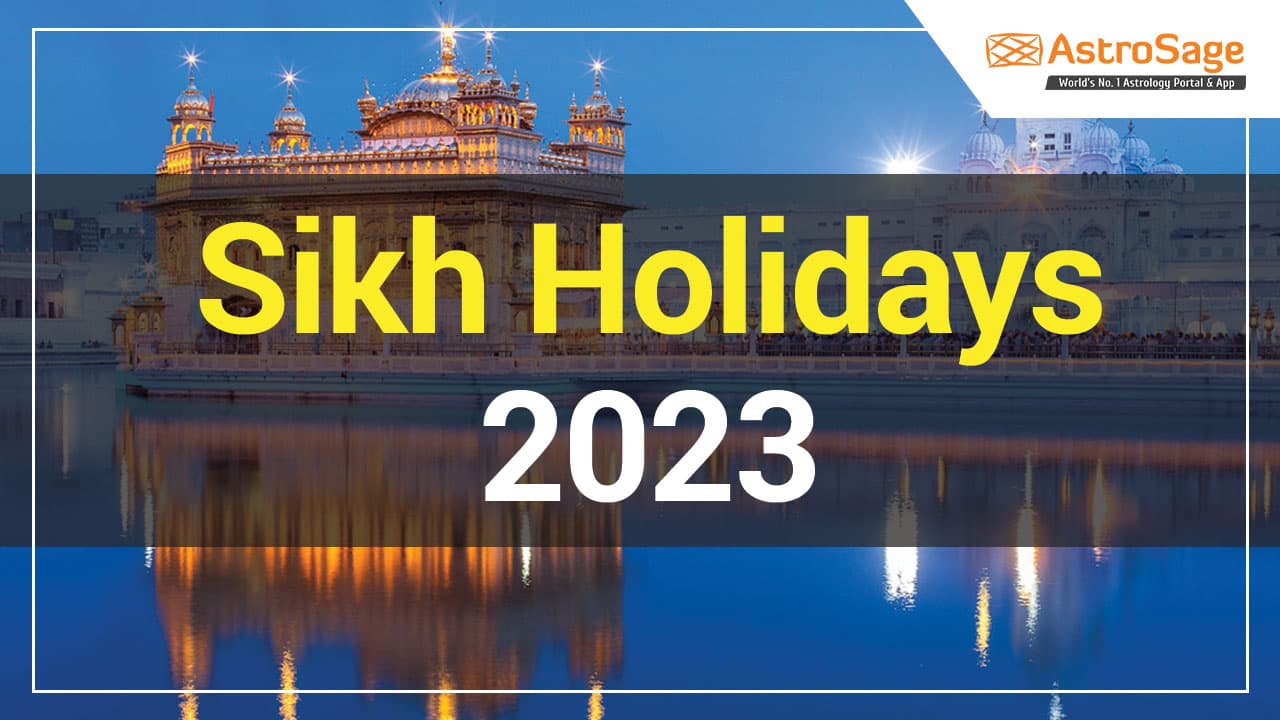 Are you worried about your future, get remedies from Best Astrologer On Call!

Sikhs or Punjabis are the people who follow the religion known as “Sikhism”. Sikhism is also known as “Sikh” or “Sikh Dharma”. It is the fifth largest religion, with almost 25 million followers from all around the world. The Sikh tradition depicts that Sikhism was founded in the fifteenth century by Guru Nanak Dev Ji. The word Sikh is taken from the Sanskrit word “Shishya”, meaning learner, seeker, or disciple. Sikhism is a monotheistic religion, which means they believe in worshipping one God. Meanwhile, they stress the equality of men and women.

The holy epic of the Sikh religion is named Guru Granth Sahib. It was composed collectively of six Sikh Gurus; Guru Nanak Dev, Guru Angad Singh, Guru Amar Das, Guru Ram Das, Guru Arjan Dev, and Guru Tegh Bahadur, and named by the tenth Guru “Guru Gobind Singh”. This scripture of Punjabi is also known as “Adi Granth”, and they consider it the eleventh and last living Guru of their Dharma.

The holy book is written in the form of hymns praising God. These hymns are known as ‘Gurbani,’ i.e. the words of the Gurus and sometimes also called ‘Dhurbani’, i.e. words of God. It describes God's nature and way of living. Originally Guru Granth Sahib is written in Gurmukhi, but it also includes other languages such as Persian, Sanskrit, Khariboli, Old Punjabi, and Braj. The scripture is essentially kept in the prayer hall of the Gurdwara, or we can say any place with this book is considered a Gurdwara. Sikh people adopt different practices to maintain their respect for their eternal pine guru ‘Guru Granth Sahib’.’

Note: The dates as mentioned above are subject to change accordingly. We will keep you updated with any changes in the Sikh Holidays 2023 Calendar.

According to Guru Nanak Ji, ‘God is one. He said, “I am not a Hindu or Muslim, but a follower of God”. He emphasizes one thing very clearly: there is only one who gives to everyone, and we should never forget him.

Nanak Ji believed that the sacred duty of humanity is to offer selfless service to others. We are in an era where no one wants to work without getting anything in return or profit. Guru Nanak Dev Ji said that Seva is of utmost importance. Spiritual satisfaction and mental peace can come only with selfless work for others without expecting a reward. He also believed that helping the needy and God will help you in your times of crisis.

Guru Nanak Dev Ji stated that five evils that are a deterrent in the journey of spiritual progress are: Ego (Ahankar), Anger (Krodh), Greed (Lobh), Attachment (Moh), and Lust (Kaam). With these forces dominating our lives, we will be trapped in Maya (illusion) and unable to be with God.

4. Face the Challenges Instead of Running Away From Them

According to Nanak Dev Ji, we can't keep running away in search of peace or find the answers to our questions. He doesn't even want us to do that. Guruji wants us to lead life in a way where we face the challenges thrown at us. In the world we live in today, we have a life full of challenges. Running away, though, is an easier option but is not ideal. One must face those difficulties and achieve the goal.

5. Do Not Succumb to Oppression

We face such challenges in our day-to-day life, but Guru Nanak Dev Ji said that one must never forget that courage is the key to overcoming this. In one of his verses, he states that God guides the sparrow to fight the eagle, which means that he always believed in fighting against oppression, and the Lord will undoubtedly guide one through.

6. All Humans Are Equal

Guru Nanak Ji preached that there are no caste, creed, colour, or religious differences in humans. All human beings are the same in the eyes of God almighty. The same is also reflected in his words and deeds. He initiated and organized the practice of Langar. Today also, Gurudwaras all around the world welcome people from all walks of life to come, sit together, and eat Guru ka langar.

Guru Nanak Dev Ji had several followers. Even then, he consistently presented himself as a follower of God. His simplicity and humbleness made people admire him. Today, it is a significant value we should have in our minds. Getting carried away by the limelight of success is very easy, but staying grounded matters because simplicity is beautiful.

This teaching can be better explained with an incident from Guruji’s life. When he was nine years old, his father organized a Janeu ceremony. It was a holy process wherein he was supposed to accept and wear a sacred Hindu thread that the priest would offer. When offered, Guru Nanak Dev Ji refused to wear it and started questioning its significance. His idea behind refusing to accept it was; that he believed that Janeu was a way to create a pide in society. People wearing this were seen as upper class, and the section of the community not wearing this was seen as the lower caste. He also asked the priest why women don't get to wear one. No one had any answer to any of the questions posed by young Nanak Ji. The incident depicts that rather than blindly following, one must question the underlying ideologies/ reasoning behind a specific belief. Guru Nanak Dev Ji always looked for a rationale behind every ritual and discouraged blind faith in superstitions.

9. Equality for Women and Men

Guru Nanak Dev Ji always believed men and women are equal. He said, “We are born of a woman, conceived in the womb of a woman, engaged and married to a woman. Also, we make friendships with women, and the lineage continues because of women. It is the woman only who keeps us bound with the world. Why should we talk ill about her, who gives birth to kings? The woman is born from a woman; there is none without her except God. Therefore, he used to inspire people to respect women and maintain equality.

Lohri is a popular festival celebrated in Northern India, mostly in Punjab, and is among the popular Sikh Holidays 2023. The festival marks the end of Winter and the commencement of Summer. Lohri, also known as Lal Loi, is celebrated by lighting bonfires, singing and dancing to folk songs, dressing up in traditional dresses, and eating festive foods. The Lohri night is also called the winter solstice, considered the year's longest night. As per the Sikh Holidays 2023, Lohri is going to be observed on January 13.

Among Sikh Holidays 2023, Vaisakhi, also known as Baisakhi, will fall on April 14, 2023. Originally, it was a harvest festival that used to be celebrated in the Punjab region. But later, in 1699, with the foundation of the Sikh community “Khalsa” on the day, it is known by the Punjabis for celebrating foundation day. Every year this day is celebrated as a Sikh new year or Punjabi new year.

As per the Sikh Holidays 2023, Bandi Chhor pas, or the celebration of freedom, fall on the day of Diwali every year. It is known as Sikh Deepawali and is one of the prominent Sikh Holidays 2023. On this day, back in 1619, the sixth Sikh guru, Guru Hargobind Singh, rescued 52 Hindu kings from the imprisonment of the Mughal emperor Jehangir. The day is widely celebrated by the Sikh community with lots of illumination, candles, and fireworks.

Guru Nanak Gurpurab, also known as Guru Nanak Jayanti, is one of the most important Sikh Holidays 2023 for the devotees of the Sikh religion. It is being celebrated to commemorate the birth anniversary of the first Sikh guru Shri Guru Nanak Dev Ji. He was the founder of the Sikh community. The day is observed on the fifteenth lunar day of Karik, i.e. on Kartik Poornima. In 2023, the Sikhs and the world will celebrate this auspicious day on November 23, according to the Sikh Holidays 2023.

For Astrological Remedies & Services, Visit: AstroSage Online Shopping Store
We hope that you have liked our article on Sikh Calendar 2023. Keep visiting Astrosage for all the new updates.