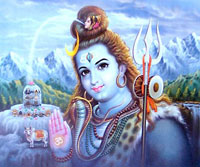 Monday Fast is solely dedicated to Lord Shiva. Bhagvan Shiv is also recognized with names Mahadev, Shankar, Umapati, Rudra, Bhole Nath, Bhole Bhandari, and so on. Mahadev is the supreme Lord for Hindus. Millions of Hindus admire this Lord from the depth of their hearts with extreme devotion. Every Monday you notice a massive crowd of devotees in shrine place or temples of Mahadev, because Monday is very dear to Mahadev.

People who is facing obstacles in married life or facing delays in marriage can observe Monday fast. Fasting on Mondays is also beneficial for accomplishing the wish of getting a desired partner. Monday fast can be observed in three ways-simple Monday fast, Som Pradosh Vrat, and Solah somvar vrat (Monday fast for sixteen weeks). Most devotees also observe fast during four or five Mondays of Shravan month. It is believed that worshiping Lord Shiva during Shravan month is very auspicious. And observing Monday fast and reciting Solah Somvar Vrat Katha during Shravan month can make Lord Shiva happy for the sure. As Shravan month is deeply dear to Mahadev. It is believed that Mata Parvati deeply wanted to marry to Lord Shiva, and thus she did solah somvar vrat with immense devotion to get Mahadev.

Monday fasting or observing fast during Monday is very simple, there isn't much colossal rituals attached to this vrat. But the person who does this vrat should be pure from his heart. On every fasting day he or she should wake up early in the morning and start his routine activities after worshiping Lord Shiva. For worshiping Lord Shiva you can install idol or picture of Lord Shiva at pooja ghar (shrine place) at home. Ideal, you can install Shivaling in your shrine place. Remember! Pooja ghar should be in North-East of direction of your home. And face of Shivalinga should be in North direction. With devotion offer Bel Patra, Roli, chawal, flowers, Dhoop, Dip, Diya, chandan, Dhatura, Milk, Curd, Camphor, Kanher phool, Janeu, and blessed food to Lord Shiva. Decorate or keep these all material in a pooja thali (plate).

Remember! Red Kumkum or Sindur is not offered to Lord Shiva.

After taking bath, you can begin your Monday fast and offer all collected materials one by one to Shivalinga. And after doing Shiva Pooja, read or hear Somvar Vrat Katha, as hearing Somvar Vrat Katha is important part of Monday fast. Chant Mantra 'OM NAMAH SHIVAY' throughout the day. And late in the evening after again worshiping Lord Shiva you can have a one time sweet meal without salt. Eating fruits like banana, apple, papaya is also good in Monday fast.

When to begin Monday Fast?

But simple Monday fast can also be started from first Monday of Shukla Paksha of Hindi Months - Chaitra, Baisakh, Kartik and Margsheersh.

Once upon a time, a rich moneylender used to live in a place. He had wealth and material comforts. But only one pain troubled his heart that he was without the children. He and his wife desperately wanted any child who can continue their progenies. But there was no child in his destiny. He was also a great devotee of Lord Shiva, and routinely used to visit Shiv temple on every Monday. One day Goddess Parvati (wife of Lord Shiva) requested Lord Shiva about hearing prayers of that devotee. Observing profound devotion of that devotee, Lord Mahadev blessed and offered him a baby-boy. But that offering was with one condition that the child will survive till 12 years only. After the birth of that child, everyone was truly happy except that moneylender because he knew that his boy had only 12 years of life. After 11 years, the moneylender thought to send his child to the home of maternal uncle in Kashi for completion of education. Moneylender was aware about the death of his child. But he never broke his devotion towards Lord Shiva. He, in fact, advised his child and child's maternal uncle to offer yangya, pooja to Lord Shiva. Maternal uncle and that boy started their journey towards home. And in all shrines possible and offered yagya, pooja and gave donation to Brahmin. In their journey they saw a marriage ceremony. And because the groom in the ceremony had defect in one eye, fortunately this boy became groom and got married to a girl of a rich businessman. But that boy had to go with maternal uncle for completion of education so he went to Kashi. One day when maternal uncle was arranging a sacred ceremony for yagya, pooja and for giving donation to Brahmin, that boy felt ill. And because of his illness, his maternal uncle told him to take rest and slip at room. But as the boy had completed his 12 years of age, he had gave-up his life. When maternal uncle saw him dead he was in pain but thought of completing the sacred ceremony first. Fortunately, Mata Parvati and Bhagawan Shiv were passing through their home and saw all relatives crying. As the boy, his parents, and maternal uncle had immensely shown great devotion towards Lord Shiva and did enormous pious work, Lord Shiva and Goddess Parvati offered life to that boy, once again. And this way that boy returned back home with his bride. Finding him alive his parents were glad and thanked to Mahadev.

Likewise, if any person heartily does Monday fast or worship of Lord Shiva they get immense blessings of Mahadev. Lord Shiva certainly accomplishes all wishes of his devotees. Om Nahah Shivay! Jai Mahadev!