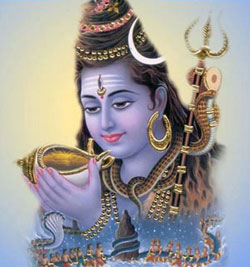 The festival of Maha Shivaratri will be on 24 February 2017. According the Hindu calendar, it occurs on the 14th day of Phalguna. As per the almanac of both North and South, Maha Shivaratri falls on the same day. That's why, according to the Gregorian calendar, the date remains same. On this occasion, devotees worship Lord Shiva by vowing, offering Bael leaves to Shiva Linga and awakening whole night.

One of the most popular legends about Shivaratri is that this very day Lord Shiva got married to Goddess Parvati. It is also believed that Neelkanth (Lord Shiva) performed a dance of creation, preservation, destruction called 'Tandava', on the night of Shivaratri. However, according to Linga Purana, it was the day Shivaratri that Lord Shiva manifested himself in the form of a Linga for the first time. To commemorate this day devotees of Shiva celebrated Maha Shivaratri. Like every year Shivratri 2017 will also be the grand night of Shiva celebrated in full swing by his devotees.

On the occasion of Mahashivratri 2017... Who is Shiva?

Mahashivratri 2017 will be celebrated by devotees of Shiva all across India. What makes Lord Shiva so popular among the Hindu deities and what does Lord Shiva mean to his devotees? Well, Shiva in Sanskrit means - the Auspicious One. He is one of the main deities of the Shaivite sects of India. Lord Shiva is the third member of the Hindu Trinity, the other two are Lord Brahma and Lord Vishnu. Shiva is known for dissolution and recreation and so the worlds destroyer and destruction have been associated with Lord Shiva. However, destruction and recreation always come in a circle; Lord Shiva is the cosmic power maintaining the cycle. Mahakaal Shiva destroys and dissolves everything into nothingness. His symbol of Linga is suggestive of his reproductive power. Lord Shiva is also celebrated as the Lord of mercy and compassion. When evil forces such as lust, greed, and anger surround a soul, Shiva protects. He grant blessings and infuses wisdom in the minds of his devotees. Shiva, cannot be symbolized in one form, he is one yet many. At times you see him as the great ascetic, at times in deep meditation, sometimes as Nataraja at other times in the form of Linga.

Mahashivratri 2017 - Fast and it's Significance

Mahashivratri vrat helps a devotee control the two great natural forces that afflict man, rajas guna (the quality of passionate activity) and tamas guna (the quality of ignorance). Evils like lust, anger and greed are born of rajas and tamas guna. A 2017 Shivaratri fast will help you conquer these negativities. It is an extremely auspicious day to absolve all sins. By fasting on Shivratri 2017 one can secure a place in the abode of Lord Shiva and live there happily forever. Such a devotee is liberated from the cycle of birth and death.

Our team, wishes all devotees of Lord Shiva a very Happy Shivratri 2017, hoping that Lord Shiva will grant us his blessings and lead us through in our journey of self discovery.