Aadi Masam 2013 : A month of Gods and Goddesses 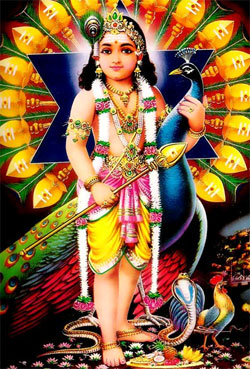 Aadi Masam (Aadi month) is a auspicious month for Tamilians, Aadi is the fourth month in Tamil calendar. It is filled with festivals and rituals. Aadi or Ashada masam starts from July 17th and ends on August 16th. Aadi Masam is termed inauspicious by many as Dakshinaayana Punyakaalam starts in this month, also called as Uttarayanam Punya Kaalam. We can find information on this in Mahabaratha or Bhishma Parva. Where in, Bhisma waited till the birth of Uttarayanam to give away his soul as he was blessed with ICCHA MRUTHYU which means, he can decide the day or time of his death.

Aadi Masam is specially dedicated to Amman Goddess (another form of Durga Matha). Mondays, Tuesdays and Fridays are the most important days where grand pujas and rituals will be performed in almost all the temples in Tamilnadu. All Fridays, especially the 1st and 3rd Friday of Aadi Masam are considered very auspicious. Marriages, House warming ceremony, Poonal or sacred thread ceremony is not held in this month. However, many festivals and temples rituals will be a grand occasion.

Now, lets see the various Festivals and auspicious days in the Aadi month 2013.

The first day of Aadi is observed as Aadi Pirappu. Which means beginning of the month. The day starts with drawing Kolams (Rangoli) outside the house, followed by puja and a grand feast which includes Thengai Paal, Vadai, Pooran Poli. Thengai Paal is the most important dish of the day, It is a sweet made out of the milk extracted from coconut. This day is a delight for the newly wed couples.The son-in-law is called to the brides home and the bride and groom are gifted with new clothes and treated with a grand feast.

Aadi Krithigai is a festival dedicated to Lord Murugan, son of Lord Shiva and Goddess Parvati. Muruga in tamil means beauty. Lord Murugan is worshipped for being the epitome of beauty, valour and supreme knowledge. On this day, special pujas and yagnas are performed in all the Aaru Padai Vidu (Six Battles camps) temples. Devotees walk to the temples with Kavadi on their shoulders and offer it to Lord Muruga. 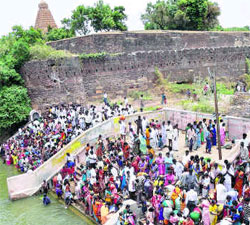 Aadi Perukku is celebrated in a grand scale in the Kaveri delta. Aadi Perukku is intended to celebrate the water rising levels due to the onset of monsoon, which is expected to occur on the 18th day of the solar month. Hence the name Padhinettam Perukku. Padhinettam means 18 and Perukku means rising.

Goddess Parvati is worshipped on Aadi Perukku. People go to water bodies like river banks, lakes, wells, tanks and make offerings like fruits, flowers, Akshathe, Thambulam etc. A variety of rice dishes like Chitranam (Lemon rice), Puli sadam (Tamarind rice), Thengai sadam (Coconut rice), Pongal (sweet rice made of Jaggery) and Curd rice are prepared as offerings to the river gods. Aadi Perukku is a festival of fertility, so women folk wear new clothes and pray to Kaveri Amman (Mother) for the blessings of a child. 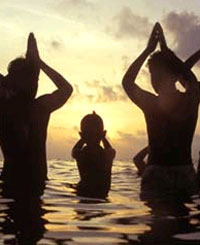 It is believed that offerings made during Aadi Purnima, starting from new Moon day till 15 days would reach their forefathers and bring peace to their souls and help them attain Moksha. Many Hindus perform Tharpanam on this day which is the recitation of Mantras and Slokas along with some rituals like making rice balls covered with sesame seeds and throw into the sea (any water body). Taking a dip in a Holy river is considered a necessity to perform the Tharpanam with the belief that, ones physical and mental impurities are washed away.

Keerimalai in Jaffna, Sri Lanka is popular for celebrating Aadi Amavasai. A rare vegetable called Kaaththottikaai which has got a bitter taste to it is consumed on this day. 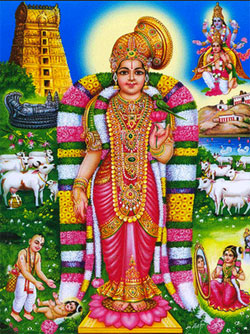 Thiru Aadi Pooram is a very important festival in vaishnavite shrines. Aadi pooram is the birthday of Aandal (also known as Kothai) is one among the 12 azhwars who are the most famous devotees of Lord Vishnu. Aadi Pooram is celebrated in a grand scale in Srirangam and Srivalliputhur in Tamil Nadu.

Legend has it that, Vishnu Chitha (also known as Periazhwar) a sincere devotee of Lord Vishnu was childless for a very long time. One fine day his prayers were answered and he found a girl child in his garden where he was collecting flowers for his daily puja to Lord Vishnu. He named that child Kothai (Aadal). Everyday Vishnu Chitha would make a Tulsi mala and give it to Kothai to offer it to the Lord. Everytime Kothai would wear the garland first and then offer it to the lord and Vishnu Chitha was unaware of this, but one day he caught her doing this and replaced the garland with a different one and Lord Vishnu refused the garland and said that he would only wear the garland worn by Kothai. This made Vishnu Chitha realise that Kothai was none other than Goddess Maha Lakshmi herself. From then on Aadal is also known as Choodi Kodutha Sudarkodi meaning Garland offered after being worn.

Aadi Pooram is a 10 day festival celebrated in all the Lord Vishnu temples, especially in Srivalliputhur, Tamil Nadu, the birthplace of Aandal. The 10th day is celebrated as the Aadi Pooram day Where Thirukalyanam- holy matrimony of Lord Vishnu and Goddess Aandal is conducted. It is believed that, if unmarried girls worship Aandal on the 10th day, they will get married soon.

In Saiva temples this day is celebrated as Valaikapu festival. Green bangles, saree and flowers are offered to Aandal on this day. Later this is distributed to the devotees, which is believed to bless them with offsprings and a long life. 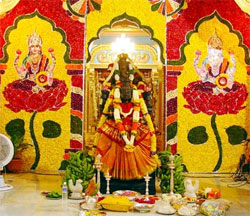 The Friday before the full Moon day or Pournami day in the Aadi month is when Vara MahaLakshmi Vrata is celebrated. It is believed that worshipping Goddess VaraLakshmi is equivalent to worshipping Ashta Lakshmi - the eight goddesses of Wealth, Earth, Love, Peace, Learning, Fame, Strength and Pleasure. According to Skanda Purana , the importance of Vara lakshmi Vrata was explained to Goddess Parvati by Lord Shiva. Parvati wanted to know about a Vrata which could be beneficial to women and that would bring them happiness and prosperity. Lord Shiva then told Parvati about Vara Lakshmi Puja for the same.

How to Observe Vara Lakshmi Puja

On the day of Vara Lakshmi Varta, women wake up early morning and clean their homes and decorate the front yard with beautiful Kolams or Rangolis, then they start preparing for the Vrata, starting with the Kalasam or Kalash. A Bronze or Silver pot is used, It is first cleaned thoroughly and then sandal is applied all around it , this pot is then filled with either rice or water, coins, Turmeric, a whole Lime, five different kinds of leave and Beetle nut. A small Mantap is built, then raw rice is spread on the floor inside the Mantap and only then the kalash is placed on it. Around the neck of the kalasam a cloth is tied and at the mouth of the Kalash mongo leaves are placed. Finally a coconut smeared with Turmeric is placed on the Kalash. To this coconut, the Lakshmi mugam - face of Lakshmi made from silver is tied or the image of Goddess Lakshmi is drawn using Turmeric. Thus the Kalash symbolically represents Goddess Lakshmi.

Lord Ganesh is worshipped first, as is the usual practice before any puja, then starts the Vara Lakshmi Vrata. The puja consists of singing slokas and devotional songs. Variety of dishes are offered to the Goddess, the woman performing the puja fasts till the puja is done and she also ties a yellow thread to her hand. Once the puja is done, women from the locality are invited home and given Thamboolam (Haldi, kum kum) which includes betel leaves, areca nuts, banana, Bangles, Turmeric and kum kum.

Aadi Chevvai or Sevvai, is the Tuesdays in Aadi Masam. All the Tuesdays are dedicated to worshipping Goddess Shakti. All the Fridays and Tuesdays in this month are considered highly auspicious to worship Goddesses like Amman, Shakti, Durga, Parvati. Women in large numbers visit shrines to offer prayers and keep fasts and perform pujas by singing devotional songs, chanting slokas. A special offering made to the goddess is a Mala made out of lemon. This offering is considered highly auspicious and is believed to please Durga Matha. 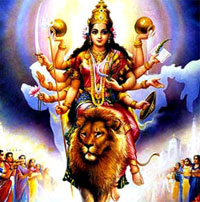 Aadi masam is a month filled with Festivals and rituals and has the Gods showering blessings on everyone. May this Aadi be a blessed one.