Ekadasi Fast Dates In 2017: Most Meritorious Day To Kill All Sins

On the day of Ekadashi, devotees observe fast in order to get rid from their past life sins. Lord Vishnu is being worshipped on this day. Ekadashi is observed two times in a month, one is in Krishna Paksha and the other one is in Shukla Paksha. The 11th day of Krishna as well as Shukla Paksha is known to be an Ekadashi. Read on to know more... 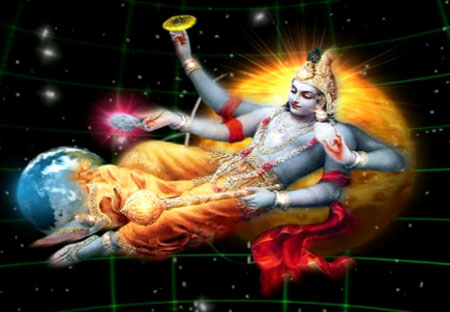 Ekadashi or Hari Vasara can be observed by anyone. The day begins with a ritualistic bath, which is then followed by prayers. Throughout the day they worship Lord Vishnu by chanting Mantras and performing Puja.

As per the beliefs of Hinduism, Ekadashi was a Goddess who defeated the devil Mura. She was granted a boon by Lord Vishnu that anybody who will observe fast on Ekadashi will be relieved from his sins, thereby attaining Moksha or salvation.

Legend says, once Lord Vishnu was in Yog Nidra when Murdanav a demon, came to challenge him. At that moment, a young lady arose from the eleven Indriyas (senses) of Vishnu. Surprised by her beauty, the demon Murdanav asked her for her hand in marriage. To this, the lady agreed, but on the condition that he would duel with her. The demon was so much consumed by passion that he agreed for the fight; during which she killed him. Pleased with the lady's devotion, Lord Vishnu granted her a boon. In response, the lady sought for the name Ekadashi for her, as she was emerged from the eleven senses of Lord Vishnu. The lady replied that she would like her name to be Ekadashi, as she was emerged from the Ekadash (the eleven senses) of Lord Vishnu. Her wish came true and Lord Vishnu blessed her with the boon that observing Ekadashi fast will free the devotee from all the sins. He will get fruitful results and will attain Moksha (salvation). Since then, Ekadashi fast came into existence and occurs twice every month.

Why Fast On Ekadashi?

Majority of us know that observing fast on the day of Ekadashi burns all the sins and guilts. But, this fast has immense importance in our scriptures too. It says that, our mind is somewhere linked with Ekadashi and motion of Moon. This results in our mind achieving maximum efficiency on this particular day. Like our mind, our body also shares a relation with the fortnight of Ekadashi. Due to the effect of this day, dietary irregularities of our body gets cured.

1. Putrada Ekadashi: This fast is observed by those married couples who are praying for a baby.

4. Vijaya Ekadashi:It is said that Lord Rama observed this fast before going to war with King Ravana.

6. Papamochani Ekadashi: Observing fast on this day frees you from all your wrongdoings.

9. Mohini Ekadashi: This Ekadashi fast is observed for a harmonious life. It is also believed that a person undergoing misery or sadness effectively overcomes such problems.

10. Apara Ekadashi: It is believed that one can overcome their sins by keeping fast on Apara Ekadashi. Also, he/she gets Moksha (salvation).

16. Parivartana Ekadashi: On this particular Ekadashi, Lord Vishnu who lays on Adishesha turns to the other side which is known as Parivarthan.

20. Prabodhini Ekadashi: As per the Hindu beliefs, it is on this day, Lord Vishnu wakes up from his cosmic sleep.

24. Haribodhini (Devutthana) Ekadashi:: It is believed that on this day all the Gods wake up from their long sleep of months. To mark this day, Pujas are performed and conch is blown.

How To Observe Ekadashi Puja

Ekadashi fast comes to an end on the day of Dwadashi (next day) by lighting a lamp to Lord Vishnu.

Devotees who observe fast on Ekadashi rely on milk, fruits, nuts or Sabudana (Sago) Khichdi. On this day, only a single meal is taken and intake of salt, onion and garlic is avoided.

The body gets cleaned and its metabolism improves while fasting. Have a look at some of the health benefits you gain while observing Ekadashi fast.

Cleaning of intestines - Frequently occurring health problems get solved with Ekadashi fast. Keeping the fasts also cleans the intestines and provides immunity to the body. Further, observing fast on this day provides mental satisfaction and peace, by way of self-realization.

Improves lifestyle - With the observance of the fast, the flow of blood improves and toxins are removed. You will feel younger, as this fast slows down the aging process.

Ekadashi will help you abolish all your sins and mistakes committed. Observe this day with faith and belief in Lord Vishnu to seek his blessings. With all the dates and details mentioned above, make the best of each Ekadashi and take a step toward a clear, successful and harmonious path.