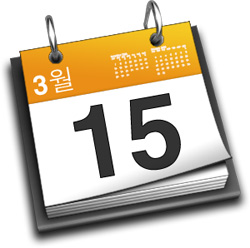 Tamil Calendar 2014 is the calendar followed by the people of Tamil Nadu. 2014 Tamil Calendar is a very important asset for the tamil speaking community. Tamil calendar for 2014 has all the important details like, festival dates, banks holidays, public holidays, subha muhurtham and marriage dates for the year 2014. In addition to this, it will also provide you with the Nalla Neram (auspicious time of the day) and Gowri Nalla Neram (Gowri auspicious time of the day) details for all the seven days of the week.

Tamil Calendar 2014 is structured with appropriate Tamil astrology background. It has had the best astrologers putting in their time and knowledge in shaping this Calendar. In Tamil Nadu, the Tamil New Year, which is called "Varusha Pirappu", is on the first day of the month Chithirai which is equal to mid April - mid May according to the English Calendar. This day is declared a public holiday in both Tamil Nadu and Sri Lanka. Other important festivals of the Tamil speaking community for which the Tamil Calendar 2014 is very important are Pongal, Deepavali, Aadiperukku, Navratri and thirukarthigai, to name a few.

Tamil Subha Muhurtham for Marriage As per Tamil Calendar 2014

One of the most sought after information, i.e the marriage muhurthams for the year 2014 is given in our Tamil calendar 2014. This section will cover all the auspicious dates from January - December 2014. Marriage is a very sacred ceremony and is followed with much devotion and customs. According to Tamilians, the month of Aadi is considered inauspicious for marriages. Also, the month of Maargazhi is considered inauspicious to find suitable matches for unmarried women. Having said this, let's now take a look at all the muhurat dates for the year 2014 in our Tamil Calendar.

Nalla Neram is the auspicious time of the day when any important event and work can begin. Tamil people refer to this to perform poojas and ceremonies on a day to day basis. Our Tamil Calendar 2014 provides you with a detailed Nalla neram Table with the auspicious time for the entire week.

Hope our Tamil Calendar for 2014 has met your expectations in providing the required details. May this year bring you all the happiness. Wishing everyone a Happy 2014!