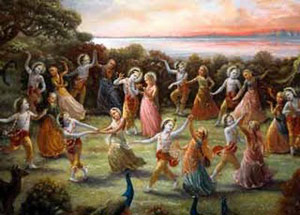 Sharad Purnima in 2017 or Kojagiri Purnima 2017 is going to be celebrated on 5 October, Thursday. Every year, this auspicious day begins on the full Moon day of the Hindu month Ashvin. In most regions, it is known as Laxmi Puja, also known as Kojagiri Purnima. As India is an agricultural nation, Sharad Poornima is also one of the harvest festivals of India. Day of Sharad Purnima signifies the end of monsoon. A special celebration is associated with this day known as 'Kaumudi'. The word 'Kaumudi' means moonlight. At night, devotees worship Goddess Lakshmi and stay awake throughout the night.

While celebrating Sharad Purnima (aka Kojagiri Purnima), it would be good to know the legend associated with it. The legend goes like this - There was a king who was going through a bad time and financial strains. His wife kept on praying Goddess Lakshmi who is known as the Goddess of wealth. Also, she stayed awake for nights. Seeing her devotion, Goddess Lakshmi blessed them and they regained prosperity.

Apart from the tale, there is a belief behind the logic of waking up throughout the night. The belief is such that the Moon comes close to Earth on this day and has some healing powers that are good for the nourishment of body as well as soul.

Another tale is from Sanatkumar Samhita. The tale is about a poor Brahmin named Valit who used to live in Magadh Desh, Bengal. He was quite a virtuous and learned man, but his wife was totally opposite and quarreling in nature. Once the Valit was performing Shraddha of his father, his wife flung bowl of wheat-flour dough in sewage pit. As per custom, it was meant to be flown in holy river Ganga. She did that in anger as they hardly had food to eat. Valit got infuriated of this act. He left home in search of wealth. On the way in jungle, he met Naga Kanyas, the girls of Kaliya Naag ancestry. These Naag-kanyas had observed Sharad Purnima Vrat and were waking up on Aso sud Punam. Incidentally, Valit was also observing fast on that day. As they all had to wake up, they sat on gambling. Valit lost everything he had at that time. Suddenly, Lord Vishnu as well as Goddess Lakshmi passed by their way. Due to Valit's fast, Goddess Laxmi blessed him with handsomeness similar to Kaamdeva, the deity of love. Seeing him so handsome, all Naga Kanyas got attracted toward him and married him. With this, Valit also received all their riches. After that, Valit returned home and his wife welcomed him warmly. Since this episode, Samhita declared those who remain awake on the night of Sharad Poornima get graced with wealth.

Another legend that would interest you on the occasion of Sharad Purnima is like this - Once on this night, Krishna invited all the Gopis of Vrindavan to play Maha Raas with him. Gopis had the grace of Lord Krishna over them, as he overlooked the society's disdain on them to offer him complete devotion.
When they left their homes from Vraj and reached Vrindavan, Lord Krishna welcomed them.

However, he still wanted to test their love for him. So, he said - 'Women of your character should not leave home to meet another man in the middle of the night!'

These words of Krishna scorched the hearts of Gopis. Further they uttered in extreme grief - 'If our feet will not budge slightest from your lotus-feet then how will we return to Vraj?'

These innocent words of Gopis pleased Lord Krishna. Seeing their immutable love he started the Maha Raas by assuming equal number of forms as were Gopis. This overwhelmed Gopis and they pronounced in pride - 'Nobody's devotion can excel ours. That is why Lord himself favored us.' Here, ego came in between their devotion for Shri Krishna. Seeing this, Lord disappeared from the Raas Mandal.

This filled the hearts of Gopis with remorse and they repented. While recalling the divine Lilas of Sri Krishna, they lamented their pain of separation while singing 'Viraha Geet'.

Still they got the chance of making merry with Lord Krishna. The night was Sharad Purnima. Women stay awake at night on this day in commemoration of Maha Raas and wish of cherishing it.

This was all brief on Sharad Purnima. We hope you will make the most out of this wonderful day. Happy Sharad Purnima - Happy Kojagiri Purnima..!