Full Moon Names Throughout the Year 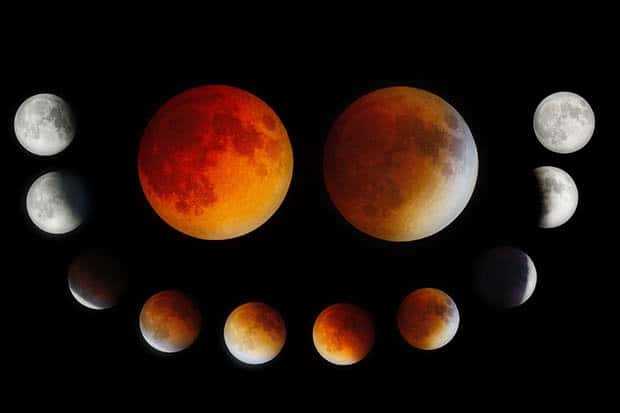 The Moon takes approximately 28 to 29 days to complete its circle around the planet Earth. During this period, there comes a time when Earth is placed between the Sun and the Moon, and on this very day, the Moon appears to be bright. This day is called the Full Moon day. This day has a significant influence on the lives of humans and animals. Some humans tend to behave oddly, while other humans feel ecstatic on this day. Based on the season, the full Moon occurs in different months by different names. So, here is the list of nick-names that native Americans had given to the Full Moon day.

The Full Moon in January is named after the howling wolves. It is also known as the Cold Moon and the Hunger Moon, this is the day when packs of wolves howl because of hunger, outside the houses of villagers, as food is scarce during the winter season. It shows how best you can deal with your challenges.

The February Full Moon is named after the snow on the ground. It is known as Snow Moon or the Quickening Moon because of heavy snowfall in the winter season. It symbolizes the speeding of the winter season and its transition into spring. It shows how we can adapt according to new situations.

The Full Moon in March is known as the Worm Moon. It is also known to be Crust Moon, Crow Moon, Chaste Moon, Sugar Moon, Sap Moon and the Lenten Moon because this is the time when the snow starts to melt, and birds feed on earthworms. This season teaches us to be flexible even in stressful situations.

This Full Moon in April is known as the Pink Moon. It is named after the spring flower which appears like pink moss. The spring breeze which blows this season helps to scatter the wildflower seeds, adding to the offspring of plants and flowers. It shows fertilization of eggs and how to indulge in reproductive activities actively.

The Full Moon in May is named as Flower Moon. It is also known as the Milk Moon and Corn Planting Moon because of the abundant flowers during this season. It shows the manifestation of the feminine culture and the picturesque beauty of the spring season. It helps us to appreciate the natural beauty of the universe.

The Full Moon in June is called the Strawberry Moon. Also known as the Strong Sun Moon and the Rose Moon, it refers to the time when strawberries turn red and are ready for harvesting. It teaches us the importance of self-embodiment and spiritual awakening.

The Full Moon in July is called the Buck Moon. It is also known to be the Mead Moon, Thunder Moon, Blessing Moon, and the Hay Moon because during this time new antlers emerge from buck’s foreheads. This season is all about laziness, and it reminds us of all the new beginnings.

The Full Moon in September is known as the Corn Moon. Also known as the Barley Moon and the Harvest Moon, its name recalls for the harvesting time. During this time of harvesting, the Moon appears bright, as it helps the farmers to gain more visibility in the evening. It is symbolic of the most-popular phrase “we reap what we sow”, meaning that this is the time to yield rewards of our hard work.

The Full Moon in October is called the Hunter’s Moon. It is also known as the Sanguine Moon, Blood Moon, Travel Moon, and the Dying Grass Moon because the Moon appears bright and big during this season. From helping hunters to hunt deers to help them eat the fox during the summer finally, the Hunter Moon shows the need to store your resources for a more extended period.

The Full Moon in November is called the Beaver Moon. It is also called the Mourning Moon and the Full Frost Moon. During this time, beaver traps were laid to supply warm winter furs. This full Moon reminds us that we need to mourn the losses we have suffered in the past. These names suggest a profound transition from adversity to prosperity and suffering to happiness.

The Full Moon in December is called the Cold Moon. It is also known as the Long Night Moon and the Oak Moon because this month, the nights are longer and the days are shorter. It is the last month of the year. Hence it holds the significance of new beginnings and the end of difficult times.