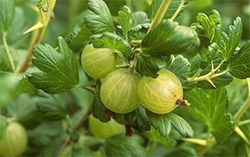 The auspicious day of Amalaki Ekadashi will be observed on 8th March 2017. This day is observed to please Lord Vishnu so that the doors of liberation can be opened before you. On this day, Amla tree is worshipped by the devotees. To know more about this occasion, read on to this article...

Amalaki Ekadashi also marks the celebrations of the festival of colors, Holi. Hence, on Amalaki Ekadashi, worship the Amla tree and please Lord Vishnu to earn his blessings.

Amalaki Ekadashi : Significance Of The Day

Let's take a look at the legend of Amalaka Ekadashi. It is also known as Amalaki Ekadashi Vrat Katha.

As per the legend, a King named Chitrasena kept the Ekadashi fast. While observing the Amalaki Ekadasi fast, he was going to the forest, but he lost his way. He got caught by the tribals; this made him fall unconscious. While the tribals came to harm him, a divine light emerged from King's body, which destroyed the tribals. When the King regained consciousness, a divine voice from sky came and said that the King remained safe because he was observing the Ekadashi Vrat. After listening to the story, all the people of the kingdom also started observing this fast to get Lord Vishnu's blessings. Hence, the Amalaka Ekadashi fast became famous.

Amalaki Ekadashi : Rituals Of The Day

Let's take a look at the rituals of the Amalaki Ekadasi fast, so that you can observe the fast of Amalaki Ekadashi and attain the best results.

As part of the rituals, the person who observes the Amalaki Ekadashi fast, first take bath followed by pouring water on the Amalaki tree. Along with this, the flowers and the incense sticks are also a part of the Amalaki Ekadasi rituals. After the Puja rituals are completed, the devotees offer clothes and other things to the priests. By donating all these, they seek the blessings of Lord Vishnu as well as the priests for good health, wealth, and happiness.