Indira Ekadashi 2017: Free The Departed Souls From Burden Of Sins!

The date for Indira Ekadashi in 2017 is September 16. Had your deceased ancestor suffered an unnatural death? Have the souls of the deceased person's yet not attained Moksha? Then, this is the right day to liberate their souls. Read on to know more about Indira Ekadashi. 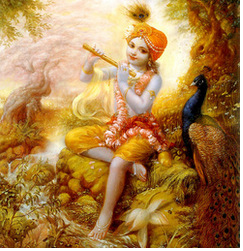 Indira Ekadashi is observed during the months of September-October, and has a great significance in attaining salvation or Moksha. Want to know more about Indira Ekadashi? Then, no need to wait, as we have brought you the details of Indira Ekadashi.

Indira Ekadashi takes place during Krishna Paksha (dark fortnight) of the Hindu month of Ashvin. The day of Indira Ekadashi is regarded as the holy day that leads us to the path of salvation. On this day, Shaligram is worshiped.

Indira Ekadashi falls during Pitru Paksha Shradh in northern parts of the country.

Now, before proceeding with other details, let's take a look when Indira Ekadashi will be observed in 2017 according to Hindu calendar .

Parana Muhurat is regarded as the auspicious time for terminating a Vrat on Indira Ekadashi. Now, as you know the date and timing for observing Indira Ekadashi in 2017, we hope that you would be able to please the lord with hearty devotion.

But, what is the actual reason that made this day worth observing? Let's now take a look why to celebrate Indira Ekadashi.

The legend dates back to an ancient reign. Once, a ruler named Indrasen ruled the city of Mahishmati. He was contented with his life and had become undefeatable with his growing power.

Once, while seated in his assembly, he got visited by Maharishi Narada. Sage Narada came up with a message from Yamlok (kingdom of Lord of death, Yama) that Indrasen's father had not received Moksha due to his past life sins. Thus, Indrasen was advised by Narada to observe a fast on the Ekadashi Tithi of Ashvin month to liberate his father's soul. Since then, this day came to be observed as Indira Ekadashi.

Now, let's take a look at how to observe Indira Ekadashi.

Following are the rituals that are to be followed in Indira Ekadashi:

Even if your deceased ancestors have performed a sin in the past life, it's your duty to rid them off the burden. The day of Indira Ekadashi is the perfect day that pacifies the souls of your dead ancestors, hence, observe the day with piousness and god will surely be invoked.

AstroSage wishes you all serenity on the day of Indira Ekadashi..!