Mohini Ekadashi 2017: The Fast To Overcome All Hurdles In Life

Mohini Ekadashi is observed every year on the 11th day of Shukla Paksha in the Hindu month Vaishakha. In 2017, it will be marked on 6th of May. this day is mostly observed by the devotees of Lord Vishnu. They observe fast on this day to get rid from their past life sins. This vow holds an immense importance. Read on.. 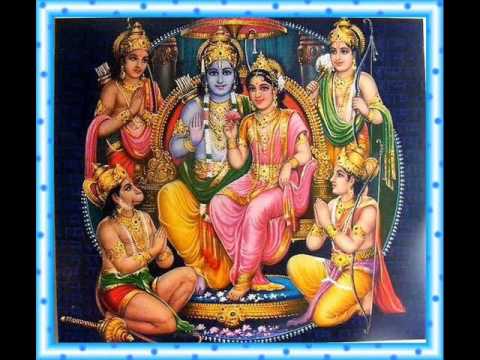 The Ekadashi that occurs in the Shukla Paksha (bright fortnight) of Hindu month Vaishakh is called the Mohini Ekadashi. Lord Rama is the deity who is worshiped on this Ekadashi. Hence, if you are going to observe the fast of Mohini Ekadashi, worship Lord Rama to earn his blessings.

It is said that if a person observes Mohini Ekadashi Vrat (fast) and all the rituals are followed in a proper manner, he/she is sure to get outstanding benefits. The person would also spend the present life and next life, happily. Observing the Mohini Ekadashi fast will bring you closer to the God and will also help you to achieve peace. Hence, honor Lord Rama on this Mohini Ekadashi and attain the divinity in life.

Mohini Ekadashi : Rituals Of The Day

Hence, if you are also going to observe the Mohini Ekadashi Vrat, be the one to receive the blessings of Lord Rama and Lord Vishnu by worshiping them as per the rituals. As the part of rituals, Abhishek (bathing and decorating the idol) of Lord Rama and Lord Vishnu is done. After this, the fruits and flowers are offered to them. It is also said that as a part of the ritual, the devotees sleep on the floor and maintain the holiness. The fast is then ended up on Dwadashi (the 12th day of the Hindu month). The fast is then broken with the intake of milk.

Hence, now it would easier for you to observe the Mohini Ekadashi 2017 Vrat by following all the rituals of the day. Follow the same and get the blessings of the Lords to stay happy and get free from all the sins.

As per the legend, there was a King named Dyutmana, who was the ruler of Bhadravati, that was located at the bank of river, Saraswati. There also lived a devotee of Lord Vishnu named Dhanapala. He was a kind hearted person and was very helpful, too. Dhanapala had five sons, but his eldest son named Dhristabuddhi involved in sinful acts and destroyed his father's name. He also spent all the hard earn money of his father, thus Dhanapala asked him to leave the house.

Dhristabuddhi was over with all the money he had, hence he decided to become thief. Due to all this, he got caught by the king's soldiers many times. At last, King threw him out of the kingdom. Hence, Dhristabuddhi started living in forest, which became miserable for him as the days passed. On one day he met with a sage, Kaundinya. The sage was coming back, after taking the holy dip in the river, Ganga. Somehow, one droplet fell on Dhristabuddhi and from that very day, he started changing into a good person. He realized the sins he committed and asked the sage to tell the solution for it. The sage replied that he should observe the Mohini Ekadashi Vrat to get rid of all sins committed. The Mohini Ekadashi fast would also help him to reach Lord Vishnu's abode, after death.

Hopefully, all this information on Mohini Ekadashi will help you to please God and attain happiness and getting free from all the sins. Hence, observe the rituals on this Mohini Ekadashi in 2017 and get the benefits.