Papamochani Ekadashi 2017: Eradicator Of All Sins And Evil Spirits

The joyous day of Papamochani Ekadashi will be celebrated on 24 March 2017. Fast is observed by the devotees to get rid from their all the past sins. On this day, Lord Vishnu is worshipped so that the influence of evil spirits can be eliminated. To know more details about this festival, read on.. 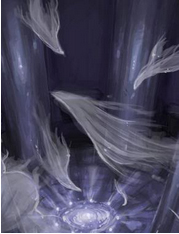 The Ekadashi that falls in the dark fortnight of the Hindu month Chaitra is known as Papamochani Ekadashi. It is said that if someone has full faith in and observes the Papamochani Ekadasi fast with firm faith and devotion, he/she gets awarded by the qualities like attaining perfection in life, gets purified from all the sins, and all the desires get fulfilled.

There was a beautiful dancing girl named Manjughosha. She liked the young sage - Medhavi, and wished to spend time with him. Hence, she decided to disturb the sage. She started singing and dancing to break the penance of the sage, Medhavi.

When the sage heard the beautiful songs of Manjughosha, he broke his meditation and got attracted toward her beauty. The sage and the Manjughosha stayed together for 57 years, but the sage used to believe as if only one night has been spent with the girl.

Once when Manjughosha asked the sage that she wishes to go back to heaven, at that time the sage realized that he has spent 57 years with the girl and lost all his austerity and did not worship all through the time. The sage became angry and cursed the girl that she will always wander like an evil ghost and will never get peace.