The dates for Saphala Ekadashi in 2016 are January 6 & December 24. Saphala Ekadashi is the day when malefic effects transform into benefic, bad luck changes in rewarding fortune and miseries come to an end. Fetch all the good things on this auspicious day with the help of this article on Saphala Ekadashi Vrat in 2016. 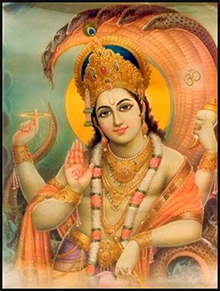 As per the Saphala Ekadashi legend, once there was a very famous king. Among all his sons, his one son (named Lumbaka) was very cruel.. He used to question the power and dominance of Lord Vishnu. Lumbaka’s rudeness and increasing torture on the people, forced the king to banish him from the kingdom. Even on this, Lumbaka remained unaffected and started killing animals, eating their meat, attacking people and taking away their wealth. He took shelter under a banyan tree and continued his sins. Once, Lumbaka fell ill, due to which he ate nothing the whole day and stay awaked the entire night. Luckily, it was Saphala Ekadasi on that day and he observed Saphala Ekadashi Vrat, unknowingly. As a result, when he woke up the next morning, he felt himself in a better condition. It was at that time when Lumbaka realized that Lord Vishnu helped him in recovering quickly and bestowed him with well being. This incident changed Lumbaka’s mind and he returned to his father. But then, he had become a person who had developed immense faith in Vishu. He felt sorry for his mistakes and sins. On this, Vishnu granted him a blissful life and Lumbaka attained Moksha (salvation) after his death.

Saphala Ekadashi is the day to fetch the blessings of Lord Vishnu. But, how can you appease the lord in the best way? Here, is the answer which will definitely help you in getting the best from Saphala Ekadasi in 2016

We are sure that with this given information on Saphala Ekadashi in 2016, you will get success in achieving prosperity and climbing ladders of success. Distance yourself from all the negativity and let wealth and glory chase you through Saphala Ekadasi in 2016.

AstroSage wishes you all a blessed Saphala Ekadashi in 2016!