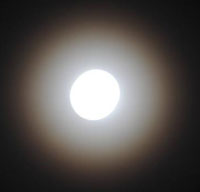 Sharad Purnima 2017 is going to be commemorated on 5th of October. Sharad Purnima, also known as Kojagiri Purnima or Kumar Purnima is a Hindu festival to mark the arrival of new harvest season. It is celebrated on the first full Moon day of the Hindu lunar month of Ashwin. i.e. September-October. The festival marks the end of rainy season and denotes the joy that full Moon brings on Earth. It is a traditional festival, which is celebrated to commemorate the Moon. Sharad Purnima is also known as Kaumudi celebration, in which 'Kaumudi' stands for Moonlight. It is believed that on Sharad Purnima the Moon showers sacred light and elixir over the mankind, which fills the Earth with happiness and joy. It is also believed that on this day Moon and Earth come closer to each other and the Moon radiates special light on Earth that has healing powers and nourish the body and soul of the mankind.

Goddess Lakshmi is worshipped on Sharad Purnima and the people do not sleep during night. An old story states that once a king fell into adversity. All his wealth and financial status was lost. The king and the queen had to face great financial strains. Then his queen observed the fast on Sharad Purnima and stayed awake for the whole night. She worshipped the Goddess of wealth with pure heart and mind. As a result, Goddess Lakshmi was pleased and blessed them with wealth. Consequently, the king regained all his wealth and started dwelling in the days of prosperity.

Sharad Purnima is celebrated with great joy by Hindus. The day is dedicated to the Goddess of wealth, Lakshmi. People indulge into fasting and do not sleep on the night of this festival. People show respect toward Lakshmi to please her and to get blessed with wealth and prosperity. Special offerings are paid to Goddess Mahalakshmi. Along with the Goddess, the nine planets are also worshipped in order to seek blessings and good fortune for the family members.

On the night of Sharad Purnima, the Goddess of wealth is worshipped along with Lord Indra sitting on white elephant. After observing fast for the whole day, a Pooja at night is carried out with 'Vamtantra'. A minimum of 108 lamps are lighted along with incense sticks and flowers are offered to the deity. A 'Bhog' of 'Kheer' that is made up of 'Makhana' and milk is a must to offer Goddess Lakshmi. The Kheer is prepared and kept under the Moonlight for the whole night and eaten on next morning.

The night of Sharad Purnima is considered auspicious for awakening. People do not sleep at night and chant and recite the mantra of Lakshmi, Indra Ahawan mantra, Bhagavad Gita and Bhajans. It is believed that people who are awake on the night of Purnima and take part in the jagran and other religious activities observed at the night are blessed by Goddess Lakshmi and Lord Indra. The deities bless people with a lot of wealth and prosperity.

People who perform the Sharad Purnima Puja and offer charity are blessed by the deities. The Pooja is said to relieve people from the malefic effects of Brihaspati and Chandra. Those who are undergoing any Mahadasha, Antardasha of Jupiter and Moon should observe fast on this day, perform the Pooja with utmost devotion and do charity in order to get relieved of the bad effects of the dashas.

The Sharad Purnima Pooja and charity must be done in order to achieve wealth, luck and prosperity. The Goddess Lakshmi bestows positive popularity on people and helps in paying off the debts and liabilities. The Goddess also protects from any forthcoming adversity and makes the situations favorable for mankind.