Home » Tarot » What is Tarot Reading? 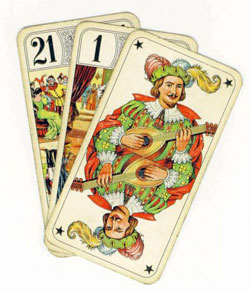 Many people wanted to know the mystic power of Tarot Reading along with the advantages associated with it. They have heard of tarot before or they may even have a session with someone but before they go and learn to read tarot, they want to know how it will help them. Discovering the majestic art of Tarot is similar like discovering one of the most mystic yet true factors of our Universe. In the vast field of astrology, there are so many arts that are specialized in foretelling out future by analyzing the planetary positions and transitions but among all, Tarot has its own charm and hence, it has been one of the most demanding arts of forecasting future of an individual.

The Tarot Reading is a very skilled procedure which requires a deep knowledge and a bit of skill for being practiced but then also it is the most accepted and famous art which has been in existence from several years. Let's explore the unseen pages of its origin and its significances.

Tarot – Explore its Origin and its land of Evolution

Tarot is a pack of 78 cards which were originally used for playing a group of card games in various parts of Europe amidst of 15th Century. The tarot has four suits (which may vary by region, being the French suits in Northern Europe, the Latin suits in Southern Europe, and the German suits in Central Europe) and each of these suits has pip cards numbering from ace to ten and four face cards for a total of 14 cards. Apart from this, the tarot is distinguished by a separate 21-card trump suit and a single card known as the Fool. Depending on the game, the Fool may act as the top trump or may be played to avoid following suit. But around 1700s, the Tarot began to serve a totally different purpose by the mystics and occultists who used it as a means to search the deep information of someone past, including his present circumstances and future predictions. In all the situations, these cards could give us a correct reading about the future events in the life of a person. But this does not mean that the reading will give a perfect picture of our future; it can provide only the clues relevant to find out what is waiting for him. Hence, the skills of the person who make the predictions must be significant including his knowledge and experience also and then only accuracy can be maintained in the readings.

The design of the Tarot Cards was almost same during 15th and 17th century, but with increase in the popularity, the designs of the cards began to change amidst of twentieth century.

Tarot - "Importance and Significances of its Types of Spread"

Tarot Cards have been practiced for hundreds of years around the world to reach a person's inner self. Tarot cards help us in revealing our true thoughts, usually thoughts that are evolved from the forefront of our mind. Different types of questions have different types of answers, henceforth; there are different ways of answering those questions. Likewise this, there are different kind of Tarot Cards spreads which reveals different aspect of our life and hence each of these spreads have their own significance in exploring the unseen facts of our future.
Let's discover hoe these spreads are used for unrevealing the hidden facts of our future:

1) The Five Card Spread: The Five cards Spread is used to determine our correct course of action. The layout consists of five cards spread in the shape of plus sign.

2) The Celtic cross Spread: The Celtic Cross Spread is one of the commonest and factual spread but it is the most complicated spread to interpret. It reveals the answers of the most complicated questions with many outcomes. The layout consists of the same pattern as the Five Card Spread but with one extra card at the top of the centre card and a line of four cards lined end to end off to the east side of the cross.

3) The Eclipse Spread: The Eclipse Spread is another variant of Tarot Card Spread that is used for answering direct questions. It is spread in the form of V with the fourth card in the middle; it will travel southeast before it travels back up in a northeast direction in a sequential order (1-7).

For some people, the use of tarot cards is just a hobby, a way to pass the time while having fun. But for others, the tarot cards represent the keys to learn more about themselves and to see how they can better their lives. These beautifully designed cards can literally let you know the proverbial cards you have been dealt in your life and what you do with them is all in your hands.