Home » Yoga » What is Kriya Yoga

What is Kriya Yoga 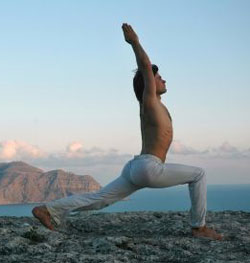 Kriya yoga, one of the most popular forms in west, is most guarded secrets which was almost forgotten in the country of origination. This is ancient technique for self-realization. Paramahansa Yogananda was largely responsible for spreading the technique in Europe and USA. He reached USA in the 1920 and worked to popularize this yogic art.

Kriya yoga and its mention in the book Autobiography of a Yogi by Paramahansa Yogananda made this a well-known name in the yoga fraternity. Lahiri Mahasya became buzzword in the small yoga fraternity. Kriya Yoga is a meditation technique that enlightens the soul. This is perhaps the most effective technique available for the common man. Many people has experience the benefits of the Kriya yoga over the years.

Kriya Yoga is all about breath, the brain and the spinal cord. There are many popular forms of Kriya yoga and depending on the practitioner there are slight differences in the meditation process. You can find below more popular forms.

Nabhi Kriya: In this process people chant Ohm word 75 times placing the chin against the throat cavity and concentrating on the navel. The chin is raised and the head is thrown backward. At the same time the mind concentrates on the spinal point behind the navel and Ohm is chanted 25 times in this position.

Mental Pranayama: This is similar to above process. In this form of Kriya yoga the spine is imagined as a tube where the mind is allowed to go up and down while you keep uttering Ohm at each node of the spine.

Mahamudra: This is also very important form of Kriya yoga. In this process legs are stretched out, hands hold the feet.

Kriya is a technique of pranayama. This has lot of positive effect on the heart and lung. It has capacity to cure ailments related to digestion. In addition to that it has profound impact on liver, kidney, pancreas and other important organs. Kriya Yoga has tremendous impact on harmone flow in women such as estrogen and progesterone.

Your habits compel you to act in a particular way and in that sense your life becomes slave of your habits. You no longer are a free person. Kriya yoga helps you get rid of deeply entrenched bad habits and if you keep practicing you ultimately get success in eradicating those bad habits.

Other positive effects of Kriya yoga

Kriya Yoga helps in developing coordination between mind, body and soul. It uplifts you on the path of greater consciousness. One advantage is that painful processes in many other yoga techniques are completely absent. A focused mind paves way for success. On the physical level enhanced flow of oxygen makes organs healthier.

As a fact life force flows from the top to the bottom, and then it returns from the bottom to the top through the spine touching all the chakras nodes. The first and second techniques of Kriya yoga are called pranam and correspond to Yama. While practicing Kriya Yoga we bend the spine forward allowing the magnetic life force to flow in the spinal cord and that is why Kriya yoga places so much importance to spinal chord.