Read this article to know all Annaprashan Muhurat in 2018 and also know information about auspicious date, time and Nakshatra for performing the rituals of Annaprashan ceremony (Sanskar). 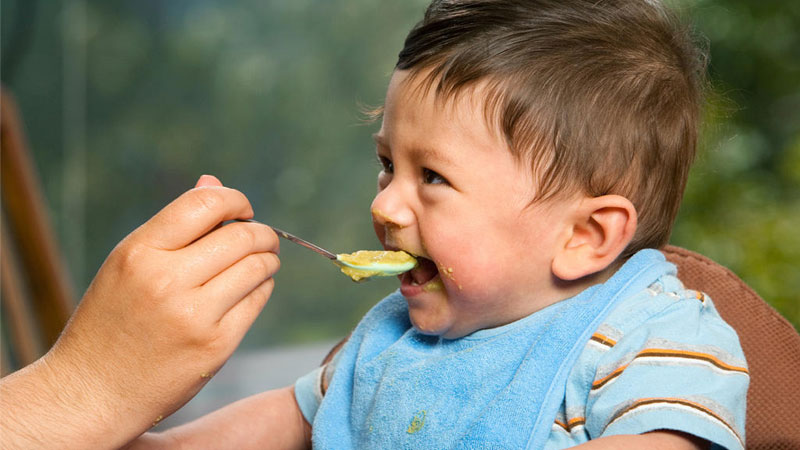 Annaprashan Sanskar or Annaprasana is one of the 16 Sanskar celebrated in Hinduism. Like Mundan ceremony, this Samskara is also performed when a child is in between age of 6 months to 1 year. Annaprashan means to feed food to your baby child for the first time other than milk. It is also known as first rice eating ceremony or baby’s first feeding.

For 6 months after birth, infants are dependent on their mother’s milk. But after that, they need food for acquiring all the nutrients. This is the reason why Annaprashan Sanskar is performed when the babies are 6 months old. It is also known by different names in different regions of the country. In Kerala it is called as Choroonu, Mukhe Bhaat in West Bengal and Bhat Khulai in Garhwal regions.

In Hindu religion, Kundali is prepared and various rituals are performed, when a child is born. And accordingly as the baby grows, other Sanskars like Karnavedha, Mundan and Vidyarambh are also concluded.

In Hinduism, food (Anná) is highly worshipped as a sacred entity. Every being on Earth needs food to live. It is also mentioned in Gita that humans are alive because of the food (Anná). This is also the reason why, Annaprashan Sanskar holds high significance in Veda and other religious texts. According to them -

When and Where to Perform Annaprashan Sanskar

When a baby becomes six months old, their Annaprashan ceremony is performed. As per Hindu Calendar, there is a time difference between the rituals of Annaprasana for a boy child and a girl child.

Annaprashan Vidhi - Things You Should Do

Annaprasana is known by different names in different regions and accordingly is celebrated with lots of happiness. In Kerala, the Annaprashan Sanskar of children is carried out in the centuries-old, red-roofed Guruvayur Temple. In North India, first rice ceremony or baby’s first feeding is done both in the temple and at home.

After the auspicious ceremony of Annaprasana, there is a unique custom or game that is carried out by the family members of the baby. Numerous symbolic objects such as books, jewels, pen, clay things, etc are placed in a silver tray in front of the baby, which she/he can pick up later. These objects hold traditional beliefs which are as -

According to traditional beliefs in Hinduism, whichever object the child picks up, represents their area of interest, which they may opt in future as a hobby or career.

When baby is in the womb of their mother, they become impure because of the presence of bad food in their body. To nullify the effects of these impurities, Annaprashan Sanskar is performed where pure food is given to the children. Although, up to 6 months, baby depends on their mother’s milk for proper nutrition. But After that, food (Anná) is introduced in their eating habits for their proper health and growth. And this is the reason why, Annaprashan Ceremony holds great significance.

There are several sayings in the regard of food such as “Healthy mind and healthy body is the product of good food”, “Let food be thy medicine and medicine be thy food” and so on. In holy books or Veda, food (Anná) is called the basis of life. It is also the source of strength and energy for humans. That’s why, Hinduism puts great emphasis on pure and Sattvic meal. There is also a story found in Mahabharata Era associated with the importance of Anná.

It is believed that during the battle of Mahabharata, Pandavas were listening to the preachings of Pitamah Bhishma, who was lying on the bed of arrows. He was enlightening them about Dharma (values, honor, justice and morality), when Draupadi suddenly started laughing. Everyone was surprised with her behaviour, but Pitamah asked her the reason behind it.

Panchali told him “Pitamah! You are teaching about Dharma which is really good for listening. But what about that time when I was being disrobed by Kauravas in the whole court? Where was you justness at that time? Why didn’t you give Duryodhana the knowledge of Dharma? This is what I was remembering, when I started laughing.” Listening to her, Bhishma Pitamah replied, “Putri! The food (Anná) that I used to eat at that time was of Duryodhana. The same food was even in my blood. Just like his evil nature, my food was also contaminated and had even tainted my mind and thoughts. With Arjuna’s arrows, all that sinned food formed as blood has drained. My mind is pure now and what I am speaking here is just and according to Dharma.”

This story highly justifies the saying “Jaisa Khaye Anná Wasa Hoye Mann”. Therefore, all the information given above in the context of Annaprashan Sanskar, highly validates its importance. And that is why, it is important to perform Annaprasana of your child according to the date and time mentioned in astrological texts. So that, they could acquire good health, strength, and intelligence.