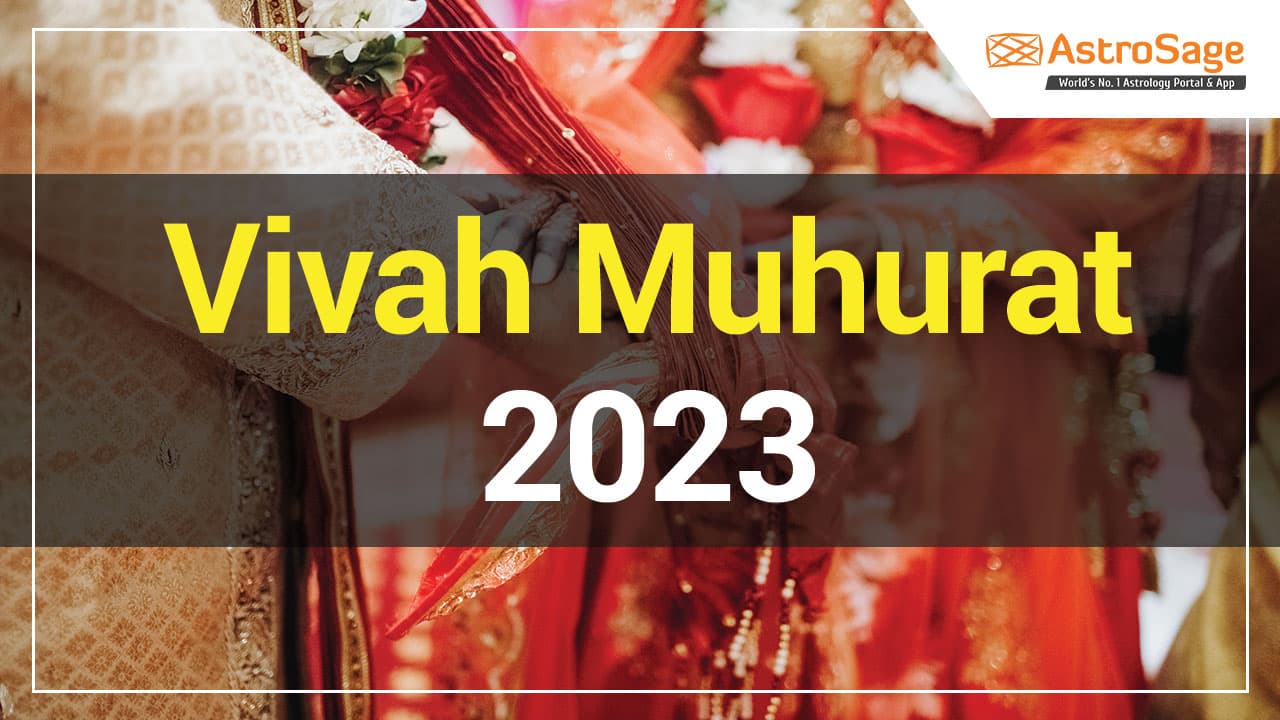 If we specifically talk about the Hindu religion, then marriage is considered to be a special bond that affects the life of a human being and, at the same time, is very much important. This special bond is the witness that after getting into it, a person starts to live and die together, be there in happy-sad times for each other, respect each other's family and love them.

Are you worried about your future, get remedies from Best Astrologer On Call!

This is a very important day, and on this day, people wish the stars to be in their favor, that is why according to Hindu beliefs, to make this day more fruitful and auspicious, there is the importance given to astrological calculations, Auspicious (Shubh) muhurat, Matching of the horoscope (kundali), and matching of attributes of a person.

Apart from this, it is also said that marriage proves to be auspicious only when at least 18 attributes out of a total of 36 match in the horoscope of both bride and groom. After this, there are many other rituals and procedures which are followed, the correct Muhurat and Tithi are calculated, and then marriage is solemnized.

In April, There Are No Shubh Muhurat For Marriage

From July to October 2023, there are no auspicious muhurat for marriage.

For the year 2023, we have provided you the list of Marriage Muhurat 2023 by date and day. Now you can choose a suitable date for you. However, since marriage is a big decision in life, the horoscope of both the boy and the girl must be shown to an expert Astrologer and then only make the wise decision for marriage.

After knowing the Tithi and Muhurat, let's move ahead and learn the important factors that you need to consider while calculating Marriage Muhurat 2023.

If we talk about these important factors for Marriage Muhurat 2023, then,

While selecting the Marriage Muhurat 2023, only the solar months are considered. The Chaturmas, i.e, the period of 4 months when Lord Vishnu goes to sleep, in Sanatan Dharma, this period is considered the only moon for the marriage ceremony. According to Muhurat Chintamani, the most favorable time for Marriage Muhurat 2023 will be the time of Sun transit.

The transit of the Sun will happen in which zodiac signs, the details on this are given below:

On the other hand, the transit of the Sun when transiting in these zodiac signs, then the time is not considered to be auspicious. Beware of marrying in this period:

For Marriage Muhurat 2023 (Vivah Muhurat 2023), from 27 Nakshatras only 11 nakshatras are considered to be auspicious:

It is said that the meaning behind these nakshatras being auspicious is that these nakshatras will bring happiness, sympathy, mutual love, son, grandson, wealth, and blessings to the bride and groom’s married life. But here, you need to keep this thing in mind that the first quarter of Magha Nakshatra and Mool Nakshatra along with the last quarter of Revati Nakshatra are considered inauspicious for Marriage Muhurat 2023.

It is believed that if there is a marriage in this period then there are chances of death for the married couple. Apart from this, according to many astrologers, it is advised to avoid Uttara Phalguni Nakshatra for the auspicious task like marriage because Lord Shri Ram and God Mother Sita were married in this Nakshatra and they have faced many difficulties in their married life due to various reasons.

Now let's understand, out of 27, which 8 Yogas are considered too inauspicious for the marriage event.

These Yogas are considered to be inauspicious for Marriage Muhurat 2023. If in these Yogas, there is any ongoing marriage event then the chances of death for the married couple increase. Not only this, getting married in these 8 yogas, there can be many bad incidents occurring in the life, like wife getting sick quite often or husband consuming alcohol and non-veg, getting into bad deeds.

Apart from these 8, 19 yogas are considered auspicious for marriage. So, you should get married after taking wise advice from a learned Astrologer.

Get a free Online Birth Horoscope!

Favorable and Unfavorable Tithis for Marriage

Four reasons that have been given for auspicious functions like marriage that are considered to be inauspicious:

However, if we talk about the auspicious reasons then there are:

Apart from this, if we talk about the auspicious and inauspicious ascendant zodiac signs then for marriage, Gemini, Virgo, and Libra are considered the most auspicious.

In Vedic astrology, before calculating the Marriage Muhurat 2023 (Vivah muhurat), it is very important to consider Venus and Jupiter. According to Hindu religious beliefs, when Jupiter and Venus both combust then you should not do any auspicious task or marriage. During this time, there should not be any marriage ceremony.

In North India, even marriages do not take place during Holashtak. The Holashtak is the inauspicious period of eight days that starts from Ashtami Tithi during Shukla Paksha of Falgun month and ends on the Falgun Purnima. The Holashtak also needs special attention while calculating the marriage muhurat.

Before calculating the marriage muhurat 2023 or while calculating it, consult a known and learned astrologer and consider all the above-mentioned details and then only proceed for the important step like marriage.

Thank you for staying connected with AstroSage!