In 2016, Holashtak is on 16th March and holi is on 24th March. The 8 days festival of Holashtak ends on the day of Holi or Dhulandi. Read the article to know what is the significance of this day... 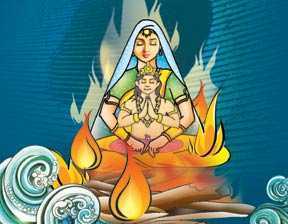 Holashtak in 2016 will begin on 16th March, to be concluded on the 24th March 2016. A variety of festivals are celebrated in India, which cajole us out of our mundane life and add a pinch of sweetness into it. The enthusiasm and color we are talking about is a matter to experience, but this is one such festival that can be perceived and understood by its enthusiasm. We know this festival as Holi. Actually Holi is not just a one day festival but it lasts for 8 days. The Holi festival begins with Holashtak.

The word Holashtak is made up of two words Holi and Ashtak, which means the eight days of Holi. It begins eight days prior to Holi and seven days prior to Holika Dahan. This festive season ends with Ghudeli. Therefore, Holashtak begins with the eighth day of bright half of the Hindu month Phagun and is concluded with the first day of the dark half of the Hindu month Chaitra. It is called Holashtak because it begins with the eighth day of the month. In other words we can say that Holashtak tells us in advance that the Holi is around the corner. From this very day we begin the preparations of Holi and Holika Dahan.

During these eight days, Moon on the eighth day, Sun on the ninth day, Saturn on the tenth day, Venus on the eleventh day, Jupiter on the twelfth day, Mercury on thirteenth day, Mars on fourteenth day and Rahu (Ascending Lunar Node) on the Purnima take a furious transformation. Due to this reason all the auspicious tasks are prohibited during this period. In the beginning of the Holashtak two batons are established. One of which represents Holika and the other represents the Prahlada. As per the tradition, once the batons are established any auspicious task is not allowed to take place in that area till the Holika Dahan. It is believed that if this is not followed, you do not get fruitful results.

All the people following Hindu religion accept the ancient traditions of Holika as well and therefore do not begin any auspicious task during this festive season. Although all the traditions after and before, the birth and death of a person are allowed to be followed. This is the reason there is a tradition of Annaprashan in some places during Ghudeli. Therefore, traditions like Jatkarma (Puja done after baby is born), Antyeshti and others that are performed after a baby is born in the family, are allowed. It is very interesting that Holashtak is not celebrated in many parts of the country. As per belief, in some pilgrimages like Shatrudra, Vipasha, Iravati and Pushkar are not affected by the ill effects of Holashtak. Marriages and auspicious tasks can be performed during this time period in places other than the above mentioned. Although, we should still avoid doing so because it is not considered auspicious as per the Hindu religion