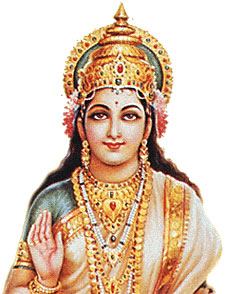 Mangala Gauri Vratham in 2013 is going to be celebrated for 4 times in South Indian states and 5 times in North Indian states. Find the dates of Mangala Gowri Vrat in 2013 below:

Every year Mangla Gauri Vrat is observed on all Tuesdays of the Hindu month Shravan, and around Gregorian months July-August. It is believed that Tuesdays of Shravan are assigned to Mangala Gowri Vrat in accordance with the fact that Mondays are assigned to worship Lord Shiva. As the name suggests, Mangala Gauri Vrat is the festival of observing fast and commemorating Goddess Mangala Gowri by performing Puja. Mangala Gowri is another name of Goddess Parvati, the consort of Lord Shiva. Hence, two consecutive days of the week are dedicated to the duo, Mondays for Lord Shiva and Tuesdays for Goddess Parvati. Mangala Gauri is also one of the nine incarnations of Goddess Durga. The specialty of this festival is that it is observed by women only.

On Tuesday morning, idol of Mangala Gauri is established on a wooden platform wrapped in a red cloth. A lamp using wheat flour is made and then 16 cotton wicks are placed into it. Ghee is used as a burning fuel and all the 16 wick of the lamp are lighted. Then the following Mantra is recited.

After that, the Mangla Gowri Vrat Puja begins with proper rituals.
During the Puja, following elements are offered to the Goddess:

Number 16 has special significance in this Pooja. After the completion of some important rituals, devotees recite and hear the legend of Mangla Gauri Vrat.

After hearing the story, married women offer 16 Ladoos to their mothers-in-law and sisters-in-law. After that, they offer the same offerings to the Brahmins. In the end, the Puja of Mangla Gowri Vrat is followed by and Aarti with that 16 wick lamp. Further, the next day, idol of Goddess Mangala Gauri is immersed in flowing water. It is believed that Mangla Gauri Vrat should be performed throughout 5 consecutive years to fetch the immense blessings of Goddess.

Long ago, there was a merchant Dharampal who was living in a city. He was blessed with a beautiful wife and wealth. However, he had no children. Somehow they fetched the blessings of a child from Almighty. But, the child was cursed to die at the age of 16 with snake bite. But he got married before his death to a girl whose mother was a devotee of Mangala gauri and used to observe Mangla Gowri Vrat. The mother of the girl was blessed with a boon that her daughter will never suffer from widowhood. That is why DharampalÆs son lived for 100 years. Seeing the glory of this Mangla Gauri Vrat, all the married women observe this fast for a beautiful conjugal life. Even if one cannot observe fast then she should at least perform Puja.