Nirjala ekadashi is known to be the most strict and powerful one among all Ekadashis. As per the Hindu Calendar, it is observed on the 11th day of Shukla Paksha in the month of Jyeshtha. It is also observed as Bhima Ekadashi, Bhimseni Ekadashi and Pandava Ekadashi. In 2017, it will be marked on 5th of June. If you want to learn more, keep on reading this article... 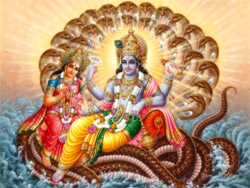 Nirjala Ekadashi is one of the most important of all 24 Ekadashis that fall during a year. This day got its name from the way of fasting that is performed on this day. The uniqueness of this day is defined, further. Go ahead and look out for the speciality of the day of Nirjala Ekadashi.

Nirjala refers to 'without water' and Ekadashi is the eleventh day of the lunar month. As per the Hindu calendar , Nirjala Ekadashi occurs in the Hindu month, Jyeshtha.

Parana Muhurat is the auspicious time to break the Ekadashi Vrat. The fast of Ekadashi is terminated on Dwadashi Tithi (twelfth day) i.e. the succeeding day.

Observing fast and worshiping Lord Vishnu on Nirjala Ekadashi is equivalent to observing fasts on all the Ekadashis of the year. That's why, it is also considered as Lord Vishnu's most favorite one.

The legend of Nirjala Ekadashi is connected to Bhima, who was the second and the most powerful Pandava, that is why this Ekadashi is also known as Pandava Bhima Ekadashi. He wanted to observe all the fasts of 24 Ekadashis, but he couldn't, as he was not able to control his hunger. For finding a solution to this problem, he went to sage Vyasa and his grandfather. They advised him to only observe the Nirjala Ekadashi Vrat, because this one fast can provide auspicious results equivalent to the fast of all Ekadashis.

Nirjala Ekadashi 2017: Rituals Of The Day

As this is the most important and toughest Ekadashi of all, some strict rules have to be followed by devotees, while performing the Nirjala Ekadashi Vrat.Read out these points before observing Nirjala Ekadashi fast.