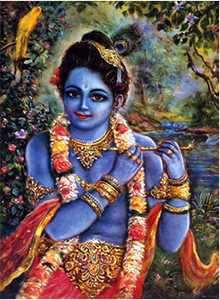 According to the Hindu calendar, each month’s eleventh day is known as Ekadashi. Rama Ekadashi is observed four days prior to the festival of lights i.e Diwali. The day of Rama Ekadashi is celebrated during the Krishna Paksha (dark fortnight) of the Hindu month of Kartika. Rama Ekadashi is approaching in 2015, so let’s know more about it.

Rama Ekadashi is also known as Kartik Krishna Ekadashi or Rambha Ekadashi. The name Rama Ekadashi is one of the names of Goddess Lakshmi. On this day, devotees pray to Lord Vishnu’s Avatar i.e Lord Krishna.

Before moving forward and knowing more about Rama Ekadashi in 2015, let’s first know what the appropriate date and time to seek the blessings of Lord Krishna along with Lord Vishnu would be.

We hope that the date and timing to observe Rama Ekadashi in 2015 will be helpful for you.

Now, let’s take a look at the rituals that are to be followed on Rama Ekadashi in 2015.

Following are the rituals that are to be followed on the day of Rama Ekadashi in 2015:

Observe the Rama Ekadashi Vrat and receive the Lord’s blessings to glorify your life. Now, let’s take a look at the significance of Rama Ekadashi.

Rama Ekadashi 2015: Significance Of The Day

There was a King by the name Muchukunda. He was a religious and generous King, who was a strong believer of Ekadashi Vrat. King Muchukunda dedicatedly followed all the Ekadasi fasts and it was made mandatory for the people of his kingdom to observe the fast. King Muchukunda had a daughter named Chandrabhaga. She was very religious and had a lot of faith on Lord Vishnu & Ekadashi Vrat. She was married to Shobhan, son of King Chandrasen.

When the day of Ekadasi Vrat arrived, Shobhan along with everybody observed a fast on Ekadashi. Since, Shobhan was weak and ill, he could not resist hunger and passed away the next morning.

Due to the impact of Ekadashi Vrat, Shobhan was sent to Mandrachal Parvat and he stayed at the same place, named Devanagari, post his death.

Shobhan was visited by a Brahmin who belonged to the kingdom of Muchukunda. Then, he was told by Shobhan about the greatness of Rama Ekadashi Vrat. As the Brahmin reached Muchukunda kingdom, he narrated everything to the King and his family. After knowing everything, Chandrabhaga with her devotion and dedication toward Lord Vishnu, revived the life of her husband, Shobhan.

Ultimately, with the blessings of Lord Vishnu, Chandrabhaga and Shobhan lived a happy life together. Since then, Rama Ekadashi Vrat is observed in the name of Lord Vishnu, in his Avtar of Lord Krishna.

Hopefully, with the help of this article, you will be able to observe Rama Ekadashi in 2015 with a devoted approach.

AstroSage wishes you all blissful Rama Ekadashi in 2015!