Yogini Ekadashi 2017: The Day To Get Relieved From Materialistic Greed

Yogini Ekadashi is meant to be the most auspicious and powerful Ekadashi. If a person follows this day, then it is said that he is freed from all his past life sinful deeds. In 2017, it will be observed on 20th June. As per our Hindu Calendar, it is marked on the 11th day of Krishna Paksha in the month of Ashadh. Read this article to gain more details about this event... 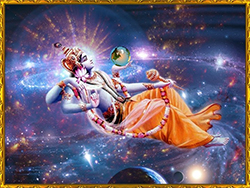 Yogini Ekadashi : Significance Of The Day

It is also believed that the greatness and the benefits of the Yogini Ekadashi Vrat destroys the pile of the sins committed and the person turns into a pious human being. Hence, do not miss out this chance on Yogini Ekadashi to get away from the sinful reactions. Be the one to attain liberation on this Yogini Ekadashi and devote yourself at the feet of Lord Vishnu, after death.

As per the legend, there was a Yaksha named Hemamali, who worked a Kubera's palace, the King of Alakapuri. Hemamali liked his wife, as a result Hemamali did not perform his duties well. Once, King also noticed his negligence in duties and told one of his soldiers to identify the reason. The soldier told him that Hemamali is attracted towards his wife. The King became angry and cursed Hemamali to suffer from leprosy and separation from his wife. Hemamali went to forest to spend his life. There, he met sage Markandeya and he told him to observe the Yogini Ekadashi Vrat (fast). Hemamali followed the rituals of the fast and observed it with full faith. Lord Vishnu heard his prayers and took away all the problems from his life; thus, he turned into a Yaksha, once again.

Yogini Ekadashi : Rituals Of The Day

The one observing the Yogini Ekadashi Vrat must not eat barley, Moong Dal (Moong pulse), and wheat. Also, whatever food one intakes should not contain salt. On the day of Ekadashi, the one observing the fast wakes up early and takes bath by the paste of mud. Idol of Lord Vishnu is placed in a pitcher and worshiped by the devotees. One should also keep awake at the night of Ekadashi.

Hopefully, this information will help you in a better way to observe the Yogini Ekadashi fast. Please Lord Vishnu and pray him to keep you away from materialistic desires on this Yogini Ekadashi.