Panchak 2017 Dates: The 5 Days Of Prohibitions

Panchak Kaal, another closed book of Hindu Mythology, is a period full of inauspiciousness. Let's unlatch the mystery of Panchak Kaal, together! 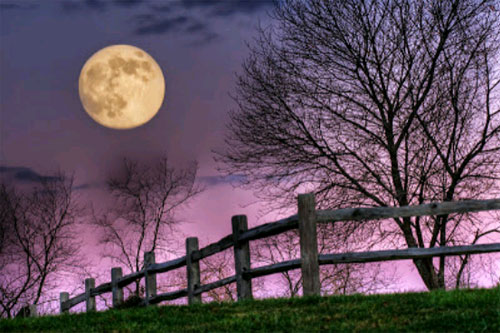 Panchak Kaal refers to the time duration when the zodiac signs Aquarius and Pisces are affected by the Moon. As per Vedic Astrology, there exist 27 constellations, also known as Nakshatras, and each Nakshatra is of about 13 degrees and 20 minutes. As the name signifies, Panchak consists of 5 constellations, namely Dhanishtha, Shatabhisha, Purva Bhadrapada, Uttara Bhadrapada and Revati. These constellations are considered to be ill-omened and that no auspicious event should be conducted in their time duration.

Panchak, as the name signifies, is a group of five days during which the Moon makes a move from the Aquarius sign to the Pisces sign. Panchak or Dhanishtha Panchak is considered to be an unpropitious duration so much so that people born in this duration are believed to have high chances of developing physical illnesses and disabilities during their birth or later. Also, as per Garuda Purana, those who meet death during this period do not attain Moksha.

Many renowned and learned astrologers would agree if one was to call the Panchak Kaal an inauspicious period for celebrations. But many events can be conducted during this time period which have got absolutely no effect of Panchak Kaal. For instance, Devi Puja can be done during any time period, including the Panchak Kaal. Similarly, Bhoomi Pujan, Grah Pravesh and many such ceremonies can be held during Panchak Kaal.

Though Panchak doesn't affect many celebrations, there are a few which shouldn't be held during this time period. Festivities such as Marriages and Mundan should not be conducted during Panchak Kaal.

But there are a few events among many which have no association with the Panchak Kaal such as Grah Pravesh, Bhumi Pujan, Upnayan Sanskar and festivals such as Rakshabandhan and Bhai Dooj.

Apart from festivities, there are other activities which are considered to be auspicious and one should abstain from doing them during Panchak Kaal. For example,

The troubles caused by the Nakshatras during Panchak are:

Dhanishta Nakshatra - This Nakshatra might result in fire related accidents to the native.

Shatabhisha Nakshatra - This Nakshatra might disturb the harmony and peace that is there in the life of the native and cause mental disturbance.

Purva Bhadrapada Nakshatra - This Nakshatra might lead to illnesses and health issues to the native.

Uttara Bhadrapada Nakshatra - This Nakshatra might make the native lose money in fines, charges and penalties.

Revati Nakshatra - This Nakshatra might give rise to financial instability and shortage to the native.

Ways to set right the obstacles!

There are a few remedies which are known to tone down the effects of Panchak. They are as follows:

We at AstroSage, hope that we have helped you apprehend the mysteries and adversities of Panchak Kaal. The suggested remedies are expected to help you mitigate the tough luck and ill fortune that might come your way in this period. We wish you sound health, wealth and luck during the period of Panchak.