Shivaratri is not just an ordinary festival, but a way to reach out to Lord Shiva. Though the major Shivratri comes once a year, Masik Shivratri is observed every month. Read this article to unfold the answers. 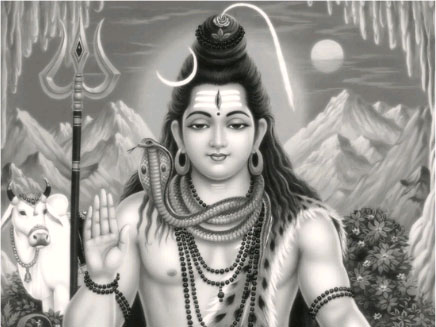 Masik Shivratri or monthly Shivratri falls comes every month on the Chaturdashi Tithi of Krishna Paksha. Like Mahashivratri, Masik Shivaratri also holds immense importance for the Shiva devotees. This day is exclusively meant for worshiping and pleasing Lord Shiva. Here, in this article, we have come up with all information i.e. dates of each Masik Shivratri for the year 2016.

Why Is Shivaratri Celebrated?

Each Hindu festival is associated with many beliefs and mythologies, so is the holy day of Shivaratri. One belief says that Shivaratri is celebrated to commemorate the day when Lord Shiva drank the deadly poison, which came out during Samudra Manthan (churning of the ocean). Whereas, according to another belief, it is the day when Lord Shiva and Goddess Parvati got married.

Let's know the legend of Samudra Manthan in detail.

The legend of Samudra Manthan is the reason as to why Shivratri is celebrated. It is said that once the devas (Gods) and asuras (devils) were churning the ocean of milk. During the churning process, several things came out of the ocean. Among all those things were a pot of poison. The poison had the potential to destroy the universe, which frightened the devas (Gods) and asuras (devils). To seek help, they ran to Lord Shiva, the Lord of destruction. Lord Shiva, in order to save the universe from the deadly effect of poison, swallowed it. This act resulted in Lord Shiva's throat turning blue, for which he earned the name 'Nilkantha'. To celebrate this event of Lord Shiva, Shivaratri is celebrated.

Celebrate each Masik Shivratri 2016 with AstroSages's Shivaratri messages. To send your wishes, please go to this link - Shivaratri SMS

According to the rituals of the day, a three-tiered podium (raised surface) is built using planks (wood). The top plank represents heaven (Swarga), middle plank represents space (Antariksh) and the bottom plank signifies earth (Bhuloka). On the top plank i.e. the Swarga plank, eleven Kalash are kept which symbolizes the 11 forms (Avatars) of Lord Shiva. The Kalash are then decorated with bael leaves after which a coconut is placed on it. Here, the coconut represents the head of Lord Shiva.

India celebrates Shivaratri with great devotion and fervor. Let us read the various traditions and customs of this day region wise:

Assam: In Assam, this day is celebrated in the Umananda Temple. Visiting Sibsagar is a major attraction on Shivaratri.

Jammu and Kashmir: In India, Kashmir is the only place where Shivaratri is considered the major celebration of the year. With immense faith Kashmiri people participate in the celebrations. Here, Shivaratri is observed for a total of 21 days and rituals followed are highly different from the ones followed in other states. The ritual begins with filling two Kalash with walnuts and water. These Kalash represent Lord Shiva and Maa Parvati. Soaked walnuts are taken out on the third day to be distributed in the form of Prasad.

Madhya Pradesh: Following the customs of the state, devotees take holy bath in the Sagar tank situated at Khajuraho. However, biggest celebrations are seen in Bundelkhand and in Matangeshwar temple.

Nepal: Pashupatinath temple of Kathmandu witness devotees from different parts of Nepal on the occasion of Shivaratri. After taking holy bath, fast is commenced by the devotees.

It is believed that observing fast on the day of Shivaratri helps the devotees to get control over evils like jealousy, anger, and lust. Spending the day in worshiping Lord Shiva and performing rituals after every three hours abolishes all the sins and mistakes.

Whether it's Maha Shivratri fast or Masik Shivaratri fast, both are equally important for every devotee of Lord Shiva. As a tradition, devotees who are highly devoted to Lord Shiva observe very strict fast on this day. They take bath in the water boiled with til seeds (sesame seeds). It is believed that bathing with this water washes away the bodily impurities. After wearing clean clothes, Lord Shiva's temple is visited to perform the rituals of the day. To invoke Lord's blessings, Aarti is performed, Bhajans are sung and incense sticks are lighted. Shivaratri fast is continued through the day and night by continuously chanting the Mantra 'Om Namah Shivaya'. The fast is broken on the next morning after consuming Prasad.

According to Shiva Purana, one who observes this fast with pure devotion, love and sincerity, attains the divine grace of Lord Shiva. While observing Shivaratri fast, some devotees take fruits, nuts and milk; on the other hand, some devotees do not consume even a single drop of water.

6 Must Have Puja Materials

With this Masik Shivratri 2016 article, we have tried to provide you all the days and dates of Masik Shivaratri 2016. Worship Lord Shiva the right way and enlighten your mind and knowledge.