Home » Magazine » What is Chinese Astrology

What is Chinese Astrology? 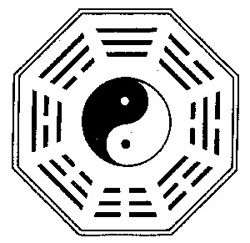 The Chinese animal signs are a 12-year cycle used for dating the years. They represent a cyclical concept of time, rather than the Western linear concept of time. The Chinese Lunar Calendar is based on the cycles of the moon, and is constructed in a different fashion than the Western solar calendar. In the Chinese calendar, the beginning of the year falls somewhere between late January and early February. The Chinese have adopted the Western calendar since 1911, but the lunar calendar is still used for festive occasions such as the Chinese New Year. Many Chinese calendars will print both the solar dates and the Chinese lunar dates.

Usually the years are dated from the birth of Jesus Christ, for example, 1977 means 1,977 years after the birth of Christ. This represents a linear perception of time, with time proceeding in a straight line from the past to the present and the future. In traditional China, dating methods were cyclical, cyclical meaning something that is repeated time after time according to a pattern. A popular folk method which reflected this cyclical method of recording years is the Twelve Animal Signs. Every year is assigned an animal name or "sign" according to a repeating cycle: Rat, Ox, Tiger, Rabbit, Dragon, Snake, Horse, Sheep, Monkey, Rooster, Dog, and Boar. Therefore, every twelve years the same animal name or "sign" would reappear.

A cultural sidelight of the animal signs in Chinese folklore is that horoscopes have developed around the animal signs, much like monthly horoscopes in the West have been developed for the different moon signs, Pisces, Aries, etc. For example, a Chinese horoscope may predict that a person born in the Year of the Horse would be, "cheerful, popular, and loves to compliment others". These horoscopes are amusing, but not regarded seriously by the Chinese people.

The animal signs also serve a useful social function for finding out people?s ages. Instead of asking directly how old a person is, people often ask what his or her animal sign is. This would place that person?s age within a cycle of 12 years, and with a bit of common sense, we can deduce the exact age. More often, though, people ask for animal signs not to compute a person?s exact numerical age, but to simply know who is older among friends and acquaintances.

According to Chinese legend, the twelve animals quarreled one day as to who was to head the cycle of years. The gods were asked to decide and they held a contest: whoever was to reach the opposite bank of the river would be first, and the rest of the animals would receive their years according to their finish.

All the twelve animals gathered at the river bank and jumped in. Unknown to the ox, the rat had jumped upon his back. As the ox was about to jump ashore, the rat jumped off the ox's back, and won the race. The pig, which was very lazy, ended up last. That is why the rat is the first year of the animal cycle, the ox second and the pig last.

The rotating cycle of twelve animal signs was a folk method for naming the years in traditional China. The animal signs for one another in an established order, and are repeated every twelve years. 1976 was the Year of the Dragon, and 1977 was the year of the Snake.