Vastu Home Location in a Plot

We had better locate a house on the South-West corner of a plot leaving very little space as the South and the Western sides as shown in the diagram. 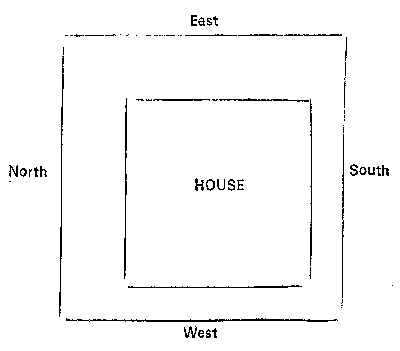 Vastu Rooms Location in a House

Various rooms such as Bed rooms, Kitchen rooms, Pooja room, Dining and other rooms should be fixed as shown in the diagram to get good results. 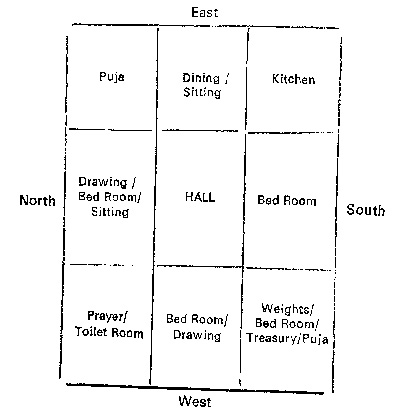 Determination of the design of the proposed house. 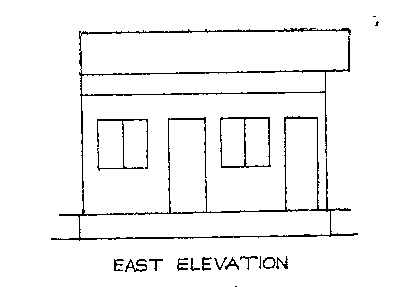 East Entrance Building Plan No. I 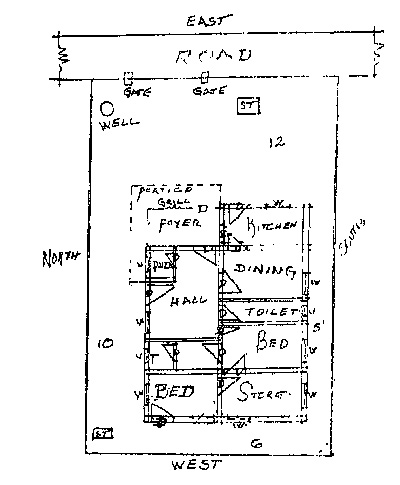 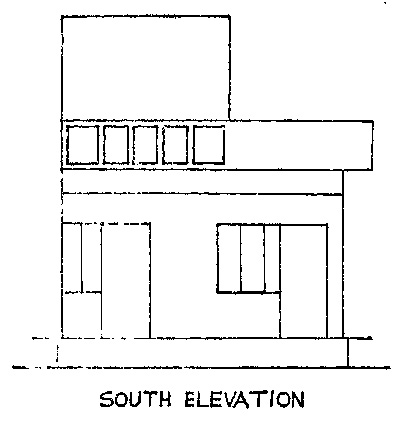 In every plan the doors are to be fixed in its supreme portions of the wall.

1) The doors, Windows, Almarahs, and Ventilators etc. are to be fixed in even number in any building (Facing may be in accordance with the site & plan) 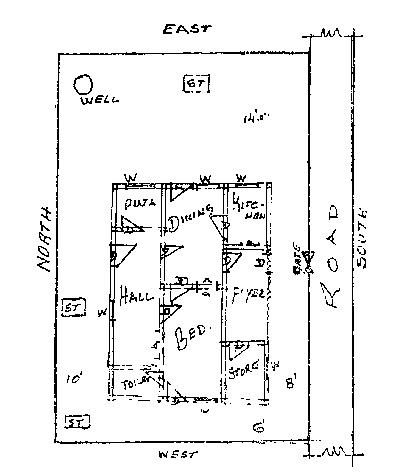 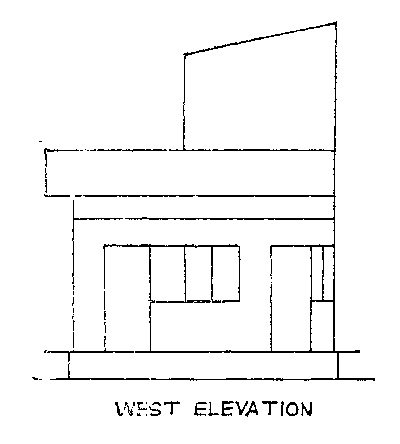 In accordance with the site area and space the measurements of the rooms to be adjusted. 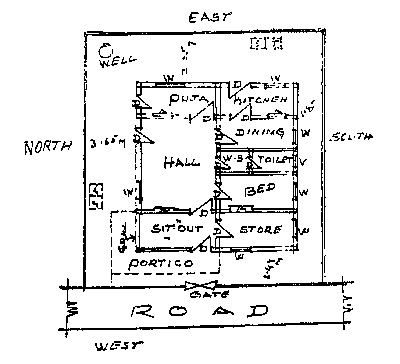 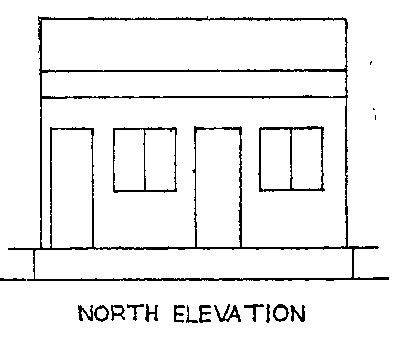 The rooms should be fixed as shown in the map. 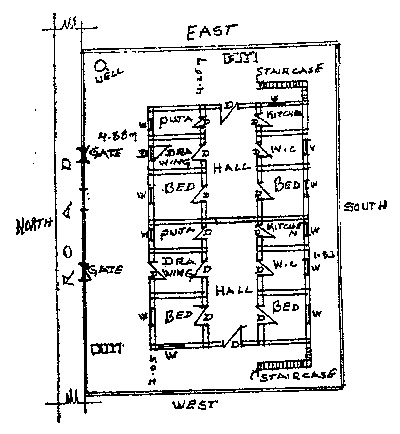 Compass Indicates only Northern side of the plot. Based on this, house plan can be made. The length and breadth of the- house, verandah etc., are to be decided properly with proper measurements,

For each plot, plan marking's should start from south-western, corner, in the same way any structure like, factory, workshop' cinema hall, parks should be constructed.

Equipment required for planning is set squares wooden pegs, rope or thread, and a tape not less 25feet.

While constructing Bungalows, palaces, wedding halls heights should be changed accordingly. Walls should rise higher than normal heights Before constructing a house, a shed can .be built in the South Western corner to store the building materials and equipment

When it is decided to construct a house with all facilities, it is important to take the suggestions of Vastu experts and plan accordingly with the help of an Engineer or Architect or a Draughtsman; Proper estimates can be made with their help. Whatever may the size of the plot, house should be constructed as per the capacity of the owner. If a second house is planned in the same plot, enough space should be left on Northern & Eastern sides of the main house. Second house can be constructed on Northern or Eastern sides. Some open space should be left between the two houses.

In 590 B, C. Chinese worked well in the field of culture, science. They knew the value and use of the magnetic piece. With its help they prepared the compass needle which held those in locating the correct positions of the needing for construction a house- Their buildings resembled the Bowddha Sthupa.

'It is important to have the four walls of the house are of equal height. Each wall should be straight and should not take bends. Wall construction should not be stopped in the middle, By constructing half of a wall in one phase and the second half in the second phase will cause death and fears.

Irrespective of Main entrance house should not be constructed without walls on south and western sides, if constructed it will cause many ill health problems, other misfortunes and loss of money.

As per the old tradition the oblong walls of the central room are to be considered as children. If there oblong walls left half constructed than the family living in such house will have monetary losses, abortions, loss of male children. The cross walls of the central hall are considered as wives of the owner, Eastern walls are related to man and Northern walls to a women. If these walls are not fully constructed up to the top level the families living will have deaths, quarrels among wife & husband and divorce, rifts between brothers and other 'II effects.