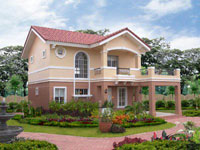 The Laying of the Foundation Stone in Vastu Shastra

If the South-east corner of a site gets extended, the house owner faces many difficulties and losses. It leads to fire accidents. If the site gets its southern side and south-west corner extended, the person who live in that house may get their bones fractured, may become mad, the couple may get separated, they may be given to vices, incur losses in business and fall into debts. If the site gets extended on its North-west corner, the dwellers may make enemies; they may involve themselves in legal affairs and may be imprisoned.

If the Northern side of the site gets extended, it leads to mental worries and financial problems. If the northern side and the north-east corners grow proportionately, there will be no danger at all.

The North-east corner also should not grow unusually. If so, it leads to bad results once again. The members may involve in quarrels, may undergo mental agony, and they shall fall in debts.

Nature of the House Site or a House in Vastu

If the house site or the house is divided into more than two parts the North eastern side part will prosper.

The persons living in the prosperous part of the house will have good qualities. They will be healthy and wealthy.