Measurements of Vastu Room & the Sites 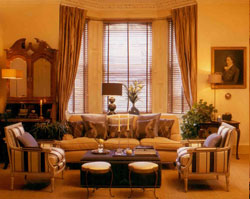 Vastu Shastra specifies that the width of a room should be equivalent to the height of the wall of that room.

The length and width of the rooms in verandahs should not be bigger than that of the central ones.

A Room in the North-East Corner as per Vastu Shastra

One had better to avoid a room in the north-east corner of the verandah of a house. Even if one builds such a room, it should not be over-loaded It is better to use such a room for worshipping God. The level of its flooring should be lower than that of other rooms. Such a room should not be rented out to anybody. Such things yield to bad results.