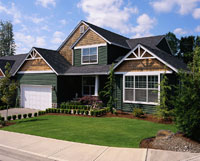 Creation by itself is very peculiar and unparallel; this creation according to nature is dependent upon or rather a combination: earth, fire, air, water and sky, popularly known as Panchabhuthas, and the movements of Navagrahas, and by the administration of Astadikpalakas. The time table which leads the life of man are the computation of years, seasons, months, days, minutes and seconds are the direct results of the movements of Sun, Moon which we see in particular. The part of the earth on which teaming corers of souls live is known as 'Karma Bhunni, The nature of man is molded according to the visions of the 'Grahas'. The baby who is out of the mother's womb and falls on the ground, the oxygen mixed with the vision of the 'Grahas' will enter the brain of the child and pervades him. As a result of movement of 'Grahas and the results of the previous birt-h shall appear in the shape of 'Karma' and this assumes the form of Graha. The Janma Lagna of the man is the result of his life and of his residential accommodation.

In this Vastu world, the fortune of man is determined in particular place, water, soils, and things. Sun and Moon, and forever/ house directions i.e. east, west, north, south shall be determined.

From times immemorial, India is the eternal mine of education and earned worldwide fame and name. We have sacred saints and righteous rishis well versed in Sanskrit and among them mention may be made of Viswakarma, Maya, Narada and a host of Illustrious pandits.

The Vastu Shastra is considered to be one of the most important living Shastras among the many Shastras right from ancient times and this Shastra is considered to be an ancient one. The term 'Vastu' means houses, palaces, mandiras. Towns, forts, villages where men can live. The term Gruha means the place where a man with his spouse and children can live. Therefore, Vastu Shastra may be said to be a search for ideal jiving place for its construction and consequential activities that flow from it.

There is no liberty for any man to deny this concept. It is for this reason that Vastu Shastra shall be deemed to be factual, confers many manifold benefits, and blesses with grandeur and ultimately it relieves a man from the shackles of karma.

it is against this background that one should be convinced that it is essential for a man to construct a hous3 whatever be the religion, strictly adhering to the principles of Vastu Shastra. There is no discrimination, all are equal and this Vastu Shastra is binding on all, irrespective of nationality, religion, caste, creed, colour or sex. Here more emphasis is laid regarding the importance of Vastu. It is again stressed that any construction by a man is to be effected in terms of Vastu.

The non-observation of the principles of Vastu Shastra while constructing houses is the root cause for indebtedness, insolvency, ill health, apprehension family disputes, failure-in court affairs,

Therefore it is advised that every individual going to construct a house should strictly follow the principles as laid down in Shastra which enables one to live long and acquire name, fame, health and wealth and prosperity.

House holders desirous of constructing a house should deeply consider, having regard to the principles and norms laid-down in the Holy Shastra and conduct the research in the nature of the land ups and downs of the house, the breadth and length of the house and land as they have their own precautions and salutary effects.

Ultimately I may say that Vastu Shastra directly or indirectly, knowingly or unknowingly serves as a guiding light as well as wipes away gross ignorance. Therefore, there is no liberty for any householder to construct a house deviating the principles enunciated in the Holy Shastra, the torch bearer.