Vastu Shastra: Angles of the Site, Veedhi Soolas and Their Problems 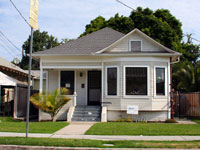 The soolas cause harm to the people who live in such houses and are exposed to those soolas.

A rectangular site should not have a small site adjoining to it. If so, the angles of the small site touch the site in which a house is to be built. Then the dwellers incur losses. North-east soolas are said to be good. South-East and South-West soolas cause harm. North-East street soolas are good. The dwellers will prosper south-east and south-west and north-west street soolas are bad. The house which has street soola on its east and south may (be exposed to burglary, thefts etc. Street-soolas on the Northern side are good.

Soola or Motkapotu as per Vastu

Soola or Mothapotu is nothing but the pointing of the roof of one house to the other house or to the centre of the door of another house. Sometimes, the two walls of a house end in corner. Such a corner is called the Motha, Such a motha points to the centre of the door of another house or a house. If it does so, it is calied soola. Such a soola yields to evil results- We must protect the house from such soolas by building a wall round the house. Even if there are tatakas, wells or canals by the side a house, compound walls should be built around the house to avoid inconvenience and troubles.

The twitch of the roof of a house in Vastu

A house may be exposed to a twitch from the neighboring house. The main-beam preferably wooden one on the top of the house should not be pointed to that of another house in opposite direction. The roof of a house should be lower in height on the north and the east sides.

If a house is exposed to the Vennupotu or Soola, the dwellers may face certain dangers such as threat to life, may be exposed to illness, sometimes they may have to desert the house etc.

The Weights on the Eastern and the Northern Walls in Vastu

Each site or house or room should have adequate weight on its southern, western and the south-western corners. Any house ie. Eastern faced or western faced, or southern faced or northern faced house may have should have a go down consisting or paddy -or grains on its south-eastern or south-western corners. One should not keep heavy weights on the northern and the eastern sides. If one does so, the house may lead to the illness of his wife. The owner also may become ill. in each room garret may be arranged only the southern or on the western part. There should be no weight on the northern or the eastern side. Such things may lead to financial losses; they may face risks in their jobs etc. The room in the western side of the house should be used as bed-rooms. On the south-west corners iron safes etc. may be kept.

Vastu: Verandahs and Their Problems

A house with only western verandah may again face many risks. They may become ill, may incur financial losses. They may have an upper storey with - eastern or northern vepa;riah. Such house leads to good results.