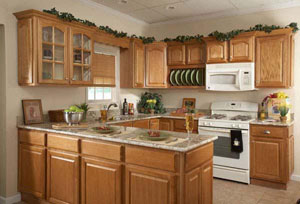 Kitchen is the place where housewives spend most of the time of the day chorus job. That is why we cannot under emphasize importance of proper vastu for the kitchen. If proper vastu rules are not followed in the kitchen owner might have difficulties in the life. We must attach importance to kitchen in house construction. Stove or gas burner must not be lit facing the South or North. In many homes the kitchen is at outside of the house and this is mostly seen in villages. But this is not very popular. Today we use gas burner which is safer than using firewood and bamboo.

Points to take care in the kitchen construction

How to evaluate vastu for the kitchen

We have tried to put a methodology for evaluating vastu for the kitchen. This is just indicative. This is to help you decide if you want to make some corrections and changes to your house.

Why we avoid kitchen in South-East and North-West

In older days cooking was done on earthen cooking stove usually placed outside the house and building materials used were combustible in nature. The cooking fire was preferred in S-E corner or the N-W corner to avoid hot summer wind blowing from the S-W to the N-E could not cause damage.

Why cooking is done in the east

Women don't get a chance to get exposed to the morning sunlight . So in order to avoid such a scenario vastu advises women to cook in the east direction only.