2021 Elections in India seems to be a hot topic as they are expected to be conducted soon in five states in the year 2021 amidst Corona Times. The reputation of many candidates will be at stake, and it will be interesting to watch which party emerges victorious. In case you have a knack for politics and wish to actively participate in elections, it is important for you to find out whether or not you have the related Raj Yoga present in your kundli which can help you climb the ladder of success in politics. The personalised Raja Yoga Report by AstroSage can help you a lot in this matter.

Many candidates participating in these elections will try their luck for the first time. In case you are interested in this field and are thinking of making a future for yourself, you can get hold of AstroSage’s CogniAstro Report and find out a suitable career-related guidance based on your personality and kundli. With the world still struggling to contain the deadly pandemic caused due to Coronavirus Outbreak, 2021 Elections in India prove to be a significant event. On this note, our esteemed astrologer AstroGuru Mragaank has tried to understand the state of politics in these upcoming five assembly elections from an astrological point of view, narrow down the possibilities of winning elections by a party in Elections 2021 and know the answer to the question, “Who Will Be The Chief Minister in 2021?” Read and know which party is favoured by planets and nakshatras throughout the year 2021.

No major announcement has been officially made regarding these 2021 Elections, but it is believed that Elections 2021 may occur during the months of April and May. Now, evaluating every Vidhan Sabha Constituency, the Trinamool Congress government led by Mamata Banerjee is dominating West Bengal. Currently, she is serving as the Chief Minister of West Bengal.

If we talk about Assam, the NDA alliance has favourably worked all way long, and currently the government of Sarbananda Sonowal under the alliance of BJP, Asom Gana Parishad and Bodoland People’s Front is paving the way. If we look at Kerala, then Pinarayi Vijayan of the Left Democratic Front Kerala is currently serving as the Chief Minister of the state. Puducherry, one of the states under Indian Elections 2021, comes under the ruling of Congress led by V. Narayanasamy. The fifth state is Tamil Nadu, where AIADMK's Edappadi K. Palaniswami is managing his government as the Chief Minister.

With these states actively looking forward to Elections 2021, let us know what will be the status of different parties in these elections in 2021. Which party will emerge victorious, and which one will have to sit in opposition. Let's look at the status of each state assembly.

The most interesting competition will be seen in West Bengal, which comes under the heavy dominance of Mamata Banerjee of Trinamool Congress. At the same time, BJP has also been playing an active role for a long time and will try its level best to defeat the ruling party and form a powerful government.

Actions taken for the welfare of people during the times of Corona will be taken into consideration, where the BJP will strengthen the position of Central Government and draw the attention of the people via benefits attained after following the guidelines issued by the Central Government. Mamta's government will also try to prove the actions and initiatives in the best way possible. However, the matter at the end remains about people choosing the best among all along with astrological factors such as planets and stars or nakshatras influencing the scenarios favourably.

Planetary Transits During The Month Of April-May

If we talk about planetary transits during the period of 2021 Indian Elections in the month of April, here is a quick list:

If we talk about the month of May:

2021 Elections In India And Status Of Various Parties

At present, the position of any party is not entirely clear, as to who will contest for the upcoming 2021 Elections in coalition, and who will single-handedly beat everyone and establish a sense of dominance. Also, the names of the candidates from different parties have not been announced yet, so we are only trying to evaluate which political party is likely to overpower these Elections 2021 by analysing their kundlis. Now let's take evaluate the kundlis of the main political parties according to Vedic Astrology and understand the influence and position of planets and nakshatras: 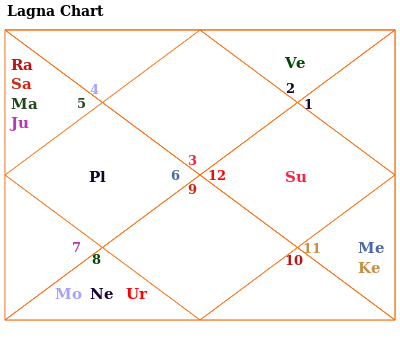 Worried about health problems? Get your personalised Health Report Now!

During the 2021 Vidhan Sabha Elections during April-May, the kundli of BJP reflects:

During the Vidhan Sabha Elections 2021 during April-May, the kundli of BJP reflects:

During April and May when the Election 2021 starts, Jupiter will undergo its Antardasha during the Moon's Mahadasha from 07 April 2021. Moon, the lord of the second house, is in its debilitated sign in the sixth house and Jupiter, who is the lord of the seventh and tenth house, is in the third house. At the same time, the transit of Jupiter will be in the ninth house of the kundli. This will prove to be a significant planetary movement.

Moon is in Jyestha Nakshatra, which is Gand Mool Nakshatra and comes under the rulership of Mercury. But the lord of Ascendant is also Mercury, who is in the ninth house creating a Raja Yoga. Jupiter is in the Magha Nakshatra, which is under the rulership of Ketu. Ketu is in the ninth house with Mercury and creating a Raj Yoga. However Jupiter is in conjunction with Rahu, Saturn and Mars and getting affected. The transit of a powerful Sun will also be in the eleventh house in the middle of April.

In such a situation, it can be said that Elections 2021 will prove to be very important for Bharatiya Janata Party, as it will incur favourable results. However, the transit of Mars will also create some adverse situations, due to which the party will face internal clashes and obstacles. The party is unlikely to be able to win on its own in these five assembly elections, which is why it will be necessary for them to form a government in coalition. Throughout the Elections 2021, issues related to religion and nationalism will dominate. Keeping all these in mind, the party will have to use their strategies to emerge victorious. Saturn entering the eighth house at the time of elections is expected to reduce the vote percentage, which may raise the competitiveness. The work done for the common man will prove to be important. 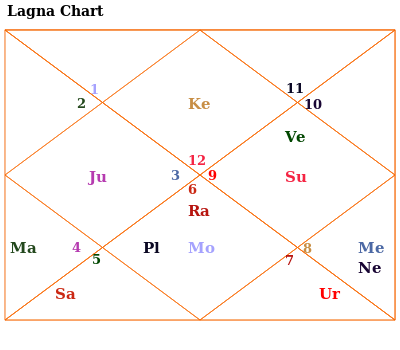 During the State Legislative Assembly Elections 2021 during April-May, the kundli of Congress reflects:

During the Vidhan Sabha Elections 2021 during April-May, the kundli of Congress reflects:

Talking about Elections 2021 in India, during the State Assembly Elections of West Bengal, Orissa, Kerala, Tamil Nadu and Assam, Jupiter will undergo its Mahadasha and Moon its Antardasha in the kundli of the Congress. During the period of Elections 2021 in India, the planet Jupiter will remain in the Nakshatra of Mars, i.e. Mrigashira, whereas the planet Moon is in its own Nakshatra. Jupiter's vision is strengthening the tenth house, which will prove to be helpful for attaining power, but Jupiter's position in the Nakshatra of Mars and Mars's presence in its debilitated sign can give rise to some problems.

Moon, the lord of the fifth house, will give good results related to the fifth house due to being in its own Nakshatra. However, since this Moon is with Rahu in an inflicted state, things do not seem to be in your favour. Jupiter, who is the ruling lord of their zodiac sign, will transit in the twelfth house from the Ascendant in the beginning of April, indicating that the party will lose its power on its ruling regions, but with other planetary positions in sight, they will be benefit through other regions. Hence, it can be said that the position of the Congress will slightly strengthen than before.

In places where they do not rule, they are likely to benefit from the winds blowing against the ruling party. Despite all this, to say that they will perform well doesn't sound an ideal statement. This means that they can make politically better use of the ruling party’s weaknesses and add to their vote percentage. In spite of all this, they will face several challenges. During crucial times, they are likely to be surrounded by a controversy, thereby causing troubles. However, their overall performance is expected to be better than before. Now, it will be interesting to see how long they will take to elevate themselves since everything will depend on them. 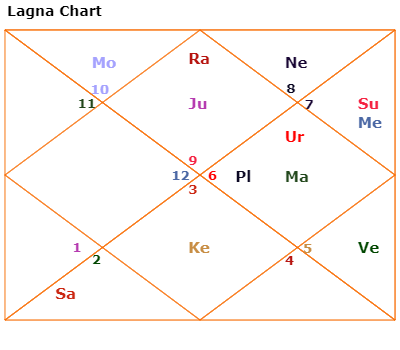 During the Vidhan Sabha Elections 2021 in April-May, the kundli of AIADMK reflects:

During the Vidhan Sabha Elections 2021, the kundli of AIADMK reflects:

Based on the Election 2021 held during April-May, we can predict that the party will be undergoing the Mahadasha of Saturn and Antardasha of Mercury during the time of elections. Mahadasha Nath Saturn is in the Nakshatra of Mars and Antardasha Nath Mercury is in the Nakshatra of Rahu. Mars is in the tenth house of the kundli in a combusted state, whereas the planet Rahu is in the ascendant in the debilitated sign with Lagnesh or the ruling Ascendent lord posited with Jupiter. This situation indicates that in spite of innumerable problems, this party can take some major steps which may not be understood by the people initially, but gradually things will become clear. Such steps will prove to be beneficial for them, but some of the party members can oppose the actions and ideas.

Certainly, the transit of the Sun will be beneficial for them during the 2021 Elections in India, but the position of Jupiter and Saturn won’t turn out to be as favourable during the transit. Therefore, the vote percentage may likely rise but the number of seats can decrease. Such coalitions can help them return to power.

Thus, the 2021 Elections being held in various states of India will turn out to be an exciting political event. While the ruling party may have to lose its dominance due to the unfavourable planetary transits, some new equations will also be seen being formed where the number of seats won’t be proportional to the high vote percentage.

Some confirmed companions will leave the side and some new identities will join the parties. However, 2021 Indian Elections are yet to arrive since no fixed date has been announced. Not only this, which candidate will compete from which party and who will be the contender for the post of Chief Minister is also not announced yet, so it is not expedient to say much. In future, when the situation becomes more clear to us, we will try to arrive at a more subtle decision.

(The above analysis is based on the horoscope available on the Internet. In the absence of complete information, other parties are not included. This analysis is performed for academic purposes for researchers and astrology students.)

We hope that the year 2021 is promising and prosperous for you. Happy New Year from AstroSage!